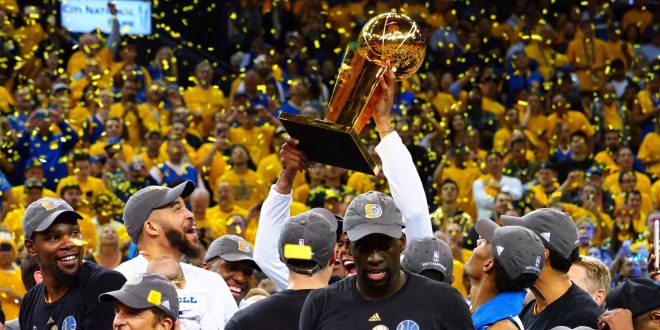 Tuesday night marks the beginning of the 2017-2018 NBA regualar season, with a double-header feature of arguably four of the most intriguing teams. For weeks, fans have been anxiously waiting for the season to offically begin as preseason games took place. Now, it is finally here and the opening night is sure to be exciting.

In the Western Conference, the Golden State Warriors will host the Houston Rockets.

Warriors are coming out of its’ second championship in three years and have their sights set to mirror the Miami Heat as back-to-back champions. However, while Golden State has dominated the West for the past three seasons, the Rockets have high expectations for this season after acquiring former LA Clipper, Chris Paul.

For three seasons now, Golden State has been the reoccurring victor of the west. Besides the incredible talent within that team, there also been no opponent strong enough in the west to hault their successs.

Well, Houston could be that team.

It is clear that the talent is there on the court. The question is whether or not that will be enough to overpower the Warriors. Back in the 2015-2016 season, the expectations for their success was also set high. With a great start to that season, there was talk that Kevin Durant might team up with Harden. Instead, conflict between Harden and Dwight Howard arose and Coach Kevin McHale was fired. Houston barely made it to the playoffs that season and Durant refused to meet with the team.

Let’s hope history does not repeat itself.

While Houston has a strong team, Gold State has won four of their past five season openers and three of the four games against Houston last season. Despite Houston’s stats and new additions, the facts still remain: The Warriors claimed victory in 11 of the past 12 regular season games against the Rockets. KD averaged 35.5 points in last season’s two match-ups against Houston. Steph Curry  led in scoring during the the NBA preseason, averaging 24.5 points. And last season, the Warriors were 36-5 when playing at home.

The Warriors are a powerhouse, no doubt about it. We haven’t seen a big three (Curry, KD, and Klay Thompson) as dynamic of a trio since the Big 3 back in Miami when Bosh, Wade and Lebron were together. During their off season, the Warriors also acquired Omri Casspi and Nick Young to not only strengthen their bench, but also to add more three-point shooters.

While the Warriors are seeking that Back-to-Back title, they are aware of the challenge that brings to the table, as power forward, Draymond Green says: