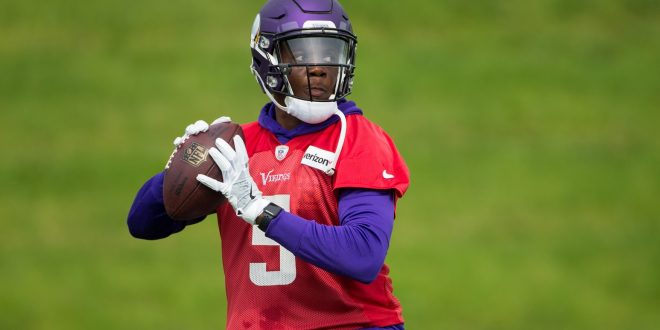 Vikings May Have Quarterback Battle with Bridgewater Cleared

After tearing his ACL last season, Teddy Bridgewater has been on the long road to recovery. A nightmare scenario for a young, mobile quarterback. After two acceptable seasons with the Vikings, Bridgewater went down with the injury. Since then the Vikings have been scrambling to find a solid quarterback to fill his role. This responsibility was handed to Sam Bradford who now finds himself with a knee injury of his own. The starting position was left to Case Keenum. Keenum, a journeyman quarterback, has played for three teams in his five years in the NFL. He’s never made a great case for being a franchise QB, but Keenum is having the best year of his career. With Keenum producing and the Vikings on a roll he may have secured the QB spot for this season.

As Bridgewater looks to bounce back from injury there is no denying that he will be vying for the starting position. It may seem obvious, at first, that the Vikings first round 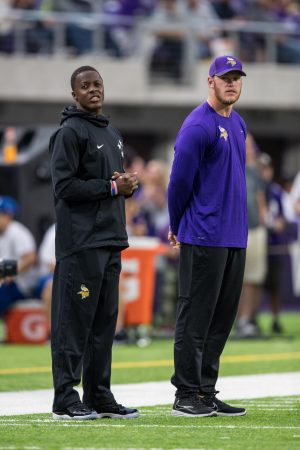 QB would return to the starting role. Both Bridgewater and Bradford will become free agents after this season. The Vikings are coming off a big win against Green Bay which puts them at the top of the NFC North. The question now for the Vikings turns to what they want to do this season. Will the Vikings avoid disrupting their winning ways by inserting Bridgewater back into the starting lineup? Or, will they commit to winning this season with Keenum at the helm?

After injuring his knee in a practice on August 30, 2016, its been over a full year since Bridgewater has been on the field. When Bridgewater returns to practice the Vikings have a 21-day window to either place him on the active roster or injured reserve. Mike Zimmer, Vikings head coach, commented on Bridgewater’s recovery and his status with the team: