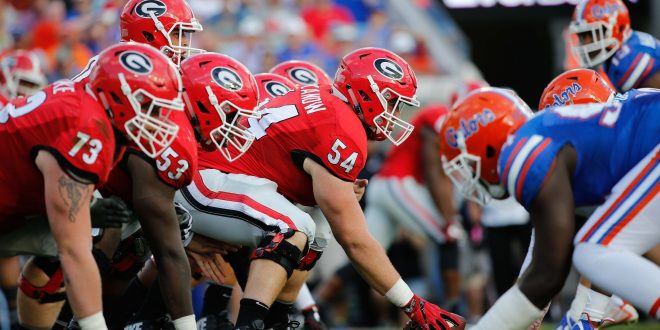 Florida-Georgia or Georgia-Florida? Either Way, The Players Are Ready

Arguably, the most anticipated and highly talked about SEC match-up of the season is finally here. It’s Florida-Georgia weekend in Jacksonville and this SEC East showdown is always a game both Florida fans and Georgia fans make sure not to miss. The excitement and emotions of the players for this year are at an all-time high.

Preparation for the Game

The Gators have had a season of several ups and downs and the team was able to take last week as a time to recover some of the several injuries the team has dealt with this season on their bye week. The Gators are 3-3 overall with two losses coming from SEC opponents LSU and Texas A&M.

Georgia is sitting as the third-ranked team in the country. The Bulldogs have an undefeated record when they headed into their bye-week last week. The Bulldogs’ offense averages 37.9 points per game and six out of Georgia’s seven wins this season have been decided by three touchdowns or more. The Gators last four games have been decided by 2 points or less. With two of those games resulting in Florida losses.

Regardless of the statistics of both teams going into this year’s game, the players from these teams know what this 50/50 fan base atmosphere can do to sway a win for either team at EverBank Field in Jacksonville.

Emotions on high for Gator players

Florida has much excitement in the locker room for this weekend’s game and the leaders on the field are also leading the team off of it as well. Sophomore receiver Josh Hammond knows that with this game theirs a lot of confidence coming from his teammates.

Chauncey Gardner is a sophomore on this Florida team but knows that the talk of being the underdog does not affect the outcome of how the Gators play.

Brett Heggie is a red-shirt freshman on the Gators offensive-line and coming from a younger player’s point of view, he knows the hype that is surrounding this game but prepares for it just like any other game.

Either way … it's gonna be another party in Jacksonville! pic.twitter.com/MAlbKyRJVY

Georgia leads the rivalry 50–43–2 against Florida. The hype and the excitement is well underway for this game. Kickoff tomorrow is set for 3:30 PM.