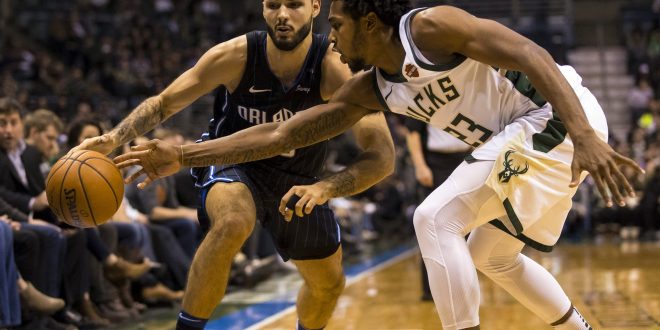 Orlando fell to the Milwaukee Bucks last night 110-103. The Magic’s have now lost six straight games. They have dropped 15 of their last 16 games, and a season that looked promising for Orlando through the first ten games quickly took a turn. Frank Vogel admitted after the loss that his team is simply “…not playing well right now.” It has been a frustrating season so far, because of the lack of young intriguing talent on the squad. Mario Hezonja is finally starting to look like he has an inkling of value. Hezonja was a lottery pick that Orlando invested two years ago, but has yet to pay dividends. His usage is way up this season, last night he played 31 minutes and scored 13 points.

Aaron Gordon’s development this season has been lackluster as well. Many Magic fans expected this to be the year that Gordon would flash some superstar level offense. On a Frank Vogel team where he is clearly the number one, and only, option most nights. He began the year red hot averaging 33 points per game in the first month of the season. Orlando still sees a lot of promise with Aaron Gordon, he is only 22 years old.

He was held out of the starting lineup because of arriving late to the team plane. The Magic don’t really have a lot of hope for this season. Watching a couple of the young players on the team such as Jonathan Simmons develop is interesting. Most Magic fans are already onto mock drafts hoping they can beat out the Atlanta Hawks for worst in the league to claim a #1 draft pick. For now, Magic fans will have to wait and watch players develop in 2018.