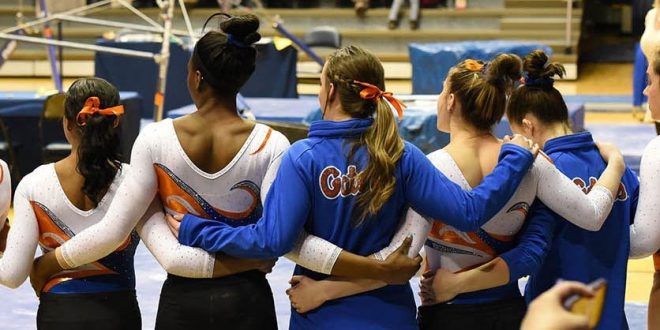 The Gator Gymnastics team launches into their first home game of the season with an exciting meet against LSU.

Last year in the 2017 Super Six Final team final action, LSU was the No. 2 team and Florida was the No. 3 team. In addition to this, both teams took top-two spots in the 2017 SEC Championship competition with the Tigers claiming the league title over the Gators.

The bar is set high for this meet. Both teams are coming off a very successful first game of the season. With a rivalry like theirs, this meet is certainly going to be exciting.

Last Friday, Florida had a 195.90-194.425 away-victory against West Virginia. During the meet, the Gators were phenomenal. Many teammates set records and scored high. Especially junior All-American Alicia Boren. Boren won all-around after earning the top season-opening total (39.575) in Florida Gymnastics history. The junior also won floor with a 9.925 score and shared the balance beam win with teammates Alyssa Baumann and Rachel Gowey with a score a 9.9o. In vault and bars, senior All-American Alex McMurtry was able to win those two events which extended her career total event wins to 50. McMurtry is now the 10th person in Florida history to win 50 or more career event titles. While senior All-American Kennedy Baker experienced leg cramps early in the meet, freshman Jazmyn Foberg replaced her and as result, earned the fifth highest total for Florida freshman all-around in a season opener, according to Florida Gators.com.

LSU’s performance last Friday earned them the nation’s highest total (197.15). LSU had an incredible meet, scoring 9.90 or better at every event which gave them a sweeping victory over Arkansas. Junior Sarah Finnegan paved the way her teammates, scoring an incredible career-high all-around total of 39.650. Finnegan’s outstanding performance landed her the SEC Gymnast of the week.