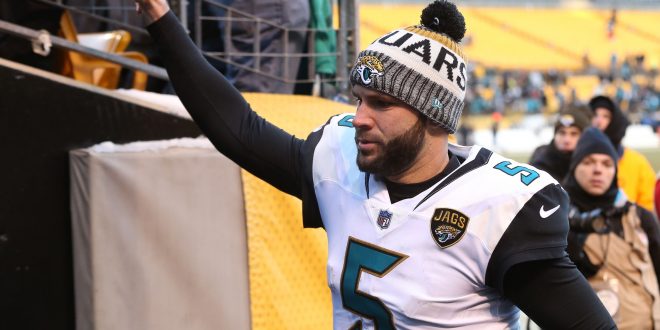 The Jacksonville Jaguars’ Cinderella season is still going strong. Just one year after going 3-13, the Jags are now preparing for the AFC title game. Yesterday’s game in Pittsburgh was the Steelers’ to lose because the Jags came in as an underdog. But, if there’s one lesson to be learned from this season, it is never to count out Jacksonville.

Are They Still Underdogs?

A major theme headlining the Jaguars’ season is a lack of respect from the league. Many of their 10 regular season wins were credited to a “good game” rather than a “good team” and the Jags had to overcome years of mediocrity from a fan and media perspective.   And the odds line ahead of the Steelers game reflected that.

During Week Five of the regular season, Jacksonville crushed Pittsburgh 30-9. But, before the divisional round, the Jaguars were still a 7.5-point underdog. Also seeing multiple Steelers blow off the Jaguars and focus on the Patriots could have added extra motivation for Jacksonville.

This begged the question; when would the Jacksonville Jaguars be seen as a worthy opponent?

The Jaguars looked to answer that question right away. Jacksonville relied on the run, which resulted in a 21-0 lead. Two touchdowns came in the first quarter; both rushes by rookie running back Leonard Fournette. Third-year running back T.J Yeldon scored the third, running four yards up the middle.

A 23-yard touchdown pass from Ben Roethlisberger to Antonio Brown put the Steelers on the board in the second quarter. Jacksonville was back in the end zone just three minutes later, thanks to a fumble recovery by linebacker Telvin Smith. The Steelers rounded out the half with Martavis Bryant catching a pass from Big Ben with 32 seconds left.

A relatively quiet third quarter shrunk the scoring gap. Roethlisberger passed to dynamic running back Le’Veon Bell for 19 yards and a score.

Going into the fourth, the score was 28-21 Jacksonville. Then, Fournette ran in his third touchdown of the day. Another Ben to Brown bomb put the Jaguars up by just seven. With four minutes to go, Jags quarterback Blake Bortles threw his first TD pass of the game and they held on for the win.

The Patriots topped the Tennessee Titans 35-14 during their divisional round game. And with a regular season record of 13-3, expect the reigning Super Bowl champs to bring swagger to the field. Luckily for the Jaguars, they have  young players who don’t seem intimidated by the Patriots and the accomplishment of the franchise’s best record in over a decade– two ingredients for a successful game. The winner goes to the Super Bowl. And Jags cornerback Jalen Ramsey had something to say about that.

You won’t want to miss this game. Catch it this Sunday.