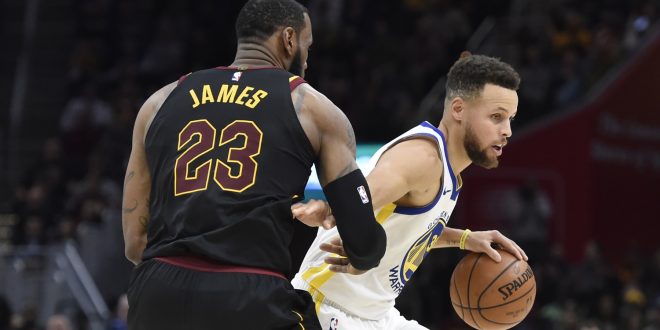 NBA All-Star Game: Starting Lineups and What to Expect

The votes are in and the NBA All-Star Game has its captains and starters.  LeBron James, top overall vote-getter, will lead the East and Stephen Curry will be the captain for the West. Unfortunately, fans will not get the chance to see James and Curry on the same team. But, in an All-Star Game shakeup, each captain will get to hand-pick the rest of their rosters. Here’s the list of starters, as well as three questions I have before the February 18th tip-off.

Where is Russell Westbrook?

Surprisingly, last year’s MVP did not make the starting lineup. With OKC’s additions of Paul George and Carmelo Anthony, Westbrook is not having to carry the team as much as he did last year. But, his 24.8 points per game are still more impressive than his career average of 22.8. On the defensive side, the Brodie is just shy of another average triple double with 9.7 rebounds and 9.9 assists.

The usual suspects like Kyrie Irving and James Harden are in the starting lineup, but Westbrook is right there with them as a player. It is almost a given that he will be in the reserves, but do Westbrook and reserve belong in the same sentence?

The NBA is well-documented for its pettiness. However, to these high achievers, winning is everything.

LeBron James and Kyrie Irving now have a tumultuous relationship after Irving left to lead his own team. So, it would not be expected that James would look to Irving for support. But, with the Cavaliers subpar play as of late, James might be craving the wins he had with Irving by his side.

If Curry has beef with other players, it is less blown up than James’. But, it will be interesting to see whether or not he reverts to what he is used to. It might be an obvious choice for him to make a beeline for teammate Kevin Durant. On the other hand, a Curry-Durant team might be too obvious. Maybe Curry would like to see a Harden by his side or even a player from the East. Curry’s strong ties to the West could do one of two things. Either he sticks to what he knows, or just cements his status as a Hall of Famer and plays with a bunch of guys from the other side.

Will the Young Guys Outplay the Veterans?

Unsurprisingly, veterans dot the starting lineup. More surprisingly, the All-Star Game will feature fresh faces. Most notably, Giannis Antetokounmpo, Anthony Davis, Joel Embiid, and DeMarcus Cousins. (An argument could be made for the 25-year old Irving, but rings mean more than age, so I left him off.)

The younger guys on the list have been making their marks in the NBA this season. Davis and Cousins are teammates, so it is difficult to make an argument about either of them singlehandedly carrying the Pelicans. But, without them, the Pelicans are infinitely weaker. Antetokounmpo, the Greek Freak, is an MVP contender. Is he James or Curry? No, and that’s why he isn’t a captain. But could fans see him make some insane buckets? You bet. Same goes for Embiid. Embiid’s off the court antics dilute his otherworldly playing ability. His teammate Ben Simmons is a ROY contender and many may be surprised not to see him on this list. But without Embiid’s 23.9 season point average, the Sixers ascendance would be much more muted.

Veterans have shown their worth in the league. The All-Star Game could be a chance for younger guys to show their chops as the future of the NBA. But, can they do it? Find out on February 18th.