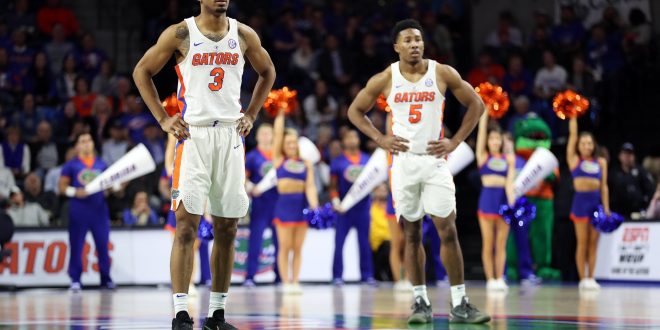 Gators Still Team to Beat in the SEC

At the beginning of the season, it seemed like the SEC was going to be a three-team race between Florida, Kentucky and Texas A&M. However, with A&M’s subpar start to the conference schedule and with Kentucky underperforming expectations and dropping out of the AP Top 25 for the first time since 2014, the SEC race is completely wide open.

Even with a disappointing loss to South Carolina on Wednesday night, the Gators sit in 2nd place in the conference at 6-2 and have won eight of their past ten.

Let’s take a look at how the Gators have been dominating the SEC this season.

The Gators have now outscored SEC opponents by 6.0 points per game, including three double-digit victories. They defeated Texas A&M and Kentucky, both on the road. The Gators have also beaten four ranked opponents away from home this season. No other team in the country has accomplished this feat to date.

While there is still more than half of the SEC slate left to play, the Gators are the favorite to take home the regular season crown. However, with numerous teams bunched at the top of the SEC, it’s anyone’s (regular season) title to snatch. The SEC tournament will be a completely different story.

Previous No. 20 Florida Falls to Unranked South Carolina Once Again
Next Former Gators Get League Honors