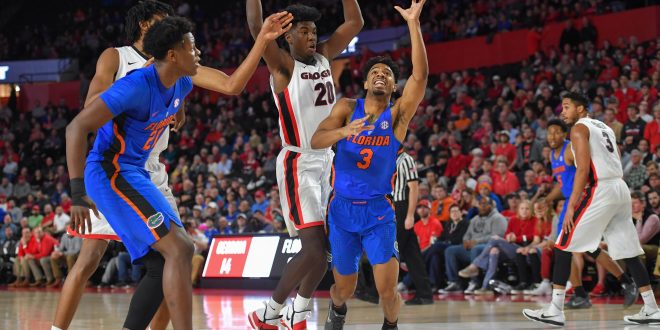 No. 23 Florida Goes Stagnant On Offense in Loss to Georgia

Yante Maten was too much for Florida, finishing the game with 20 points and 7 rebounds on 7-14 shooting. He also sunk all 5 of his free throws. Chris Chiozza led the Gators with 15 points, adding 6 assists and 3 rebounds. Egor Koulechov finished with 13 points and 7 rebounds, but went 4-10 from the field.

Florida will have a chance to bounce back on Saturday when they take on the Alabama Crimson Tide in Gainesville. The Tide won their most recent game vs. No. 12 Oklahoma and will have a shot to pick up their 6th SEC win vs. Missouri on Wednesday night.

Florida was outscored 33-16 in the final 17 minutes and 4 seconds of tonight's game after jumping out to a 12-2 run to start the 2nd half.

The SEC has no bottom and may have no middle either. Georgia picks off Florida in Athens. Bulldogs keeping themselves alive for an NCAA push in February.