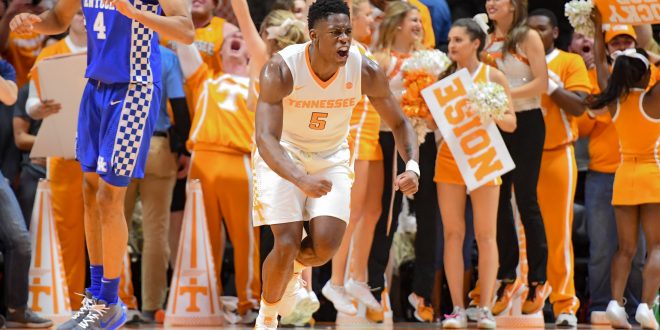 Despite No. 18 Tennessee being a heavy favorite to win, Ole Miss remains hopeful in bringing home a victory.

The Vols host the Rebels at the Thompson-Boling Arena this Saturday looking to continue their winning streak. The Volunteers hold a 71-44 lead in this series, with a 41-12 record in Knoxville.

However, the Vols are not to be taken lightly outside of this match-up. In the Bracketology projections by Jerry Palm of CBS Sports, he gives the utmost respect for the Vols as he has them in a potential No. 3 seed where they would be playing against Belmont in the first round.

Although the Volunteers success this season cannot be overlooked, Ole Miss shouldn’t be counted out just yet. The Rebels have won six of the past eight match-ups against the Vols, due in big part to senior guard Deandre Burnett. Burnett is the only other player that is in the top 10 in the SEC in assists, assist/turnover ratio, three-pointer percentage, and free throw percentage.

After losing its past two games, Ole Miss is hoping to get back into rhythm by beating the Vols. This will allow Ole Miss to have bragging rights over seven of the past nine match-ups against Tennessee, but this will not come easy.

The SEC match-up is scheduled to take place at the Thompson-Boling Arena on Saturday, February 3, 2018 at 5pm. Coverage can be found on the SEC Network.