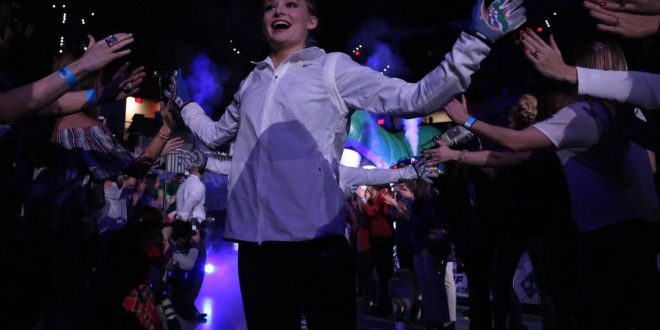 Fifth-ranked Florida gymnastics is back in action after picking up a road win last Friday. This week, the Gators are back at home and take on the Alabama Crimson Tide.

The ninth-ranked Tide will be the fourth top ten opponent for Florida gymnastics in just five weeks. Against these teams, Florida is 3-1; they are 4-1 overall.

The entire Southeastern Conference knows about the Florida-Alabama rivalry on the field and the court. But, it turns out that tensions are just as high in the gym.

This meet will be the 55th consecutive time where both Florida and Alabama bring in top ten rankings. 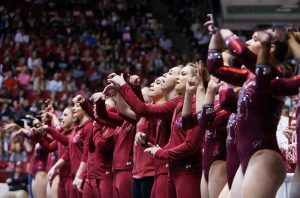 Credit: Tidesports.comIn 2014, Florida Gymnastics won the National Championship. Their one loss all season was to Alabama.

In their last ten meetings, Alabama takes the series 6-4 over the Gators. Last season the Gators had a 2-1 record against Alabama, with both wins coming in the postseason.

Florida’s biggest win this season came over top-ranked Oklahoma with a score of 198.150– the highest score in collegiate gymnastics this season. Florida also topped sixth-ranked Kentucky. The team’s only loss this season is against previously top-ranked LSU.

Alabama’s biggest win this season came over eighth-ranked Arkansas with a score of 197. The Tide is currently 3-2 this season, falling to ranked LSU and Michigan.

Florida Gymnastics has two perfect scores on the season. However, both tens came on the same night by the same gymnast, Alex McMurtry. So far, Alabama has yet to score a ten this season.

Alabama knows the threat of veteran Gators McMurtry, Kennedy Baker, and Alicia Boren. But, fresh faces in the lineup could throw the Tide for a loop.

After scoring a 9.975 on beam, Alyssa Baumann won Freshman of the Week on January 30. Jazmyn Foberg won the same honor earlier in the season after being the All-Around runner-up (39.125) in the first meet of her collegiate career.

The meet is set for Friday at 6:45 in the Exactech Arena.

Previous Gator Women’s Basketball Looks Forward to Rematch With No. 2 Mississippi State
Next A New Season for UF Softball