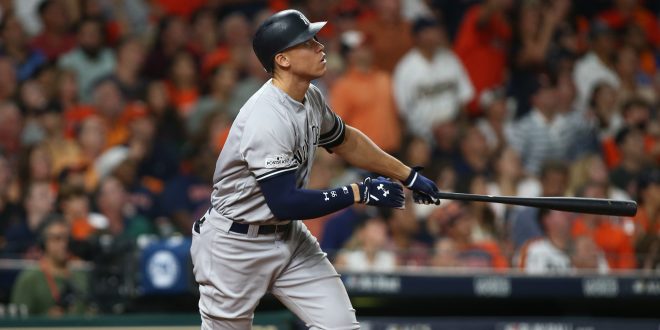 With 2018 Spring Training approaching, Yankees fans are eager to see the biggest block-busting deal of the offseason. National League MVP Giancarlo Stanton was traded from the Miami Marlins to join American League MVP runner-up Aaron Judge.  One thing is clear, the Stanton – Judge duo seem to mesh well together. Both players are willing to do anything to help their organization make it to the next level. As soon as Judge heard that Stanton was a possibility, he jumped at the idea of having two major players working on the same team.

Seeing the two biggest stars sharing the roles and wanting the same goal could be depressing for other teams. The two combined for 111 home runs last season. There’s no telling how much damage will be done by the duo this season. Fans are worried about the recovery speed of Judge’s shoulder and think it will have an effect on his productivity. This could be true. But Judge also hit three home runs of his 52 last season while nursing the injured shoulder. Judge is a competitor, never contributing his mid season slump to the shoulder injury. Although the correlation showed in his stats he never gave an excuse.

Two superstars on a team is often a problem. Most want to have the team built around them but Stanton and Judge are both showing that they are actually meshing well together. Judge is willing to occasionally be the designated hitter to give Stanton field time to make it difficult for pitchers to go around their line up. With these two now in the line up that makes the Yankees easily one of the deadliest organizations at the plate.

Baseball fans know, it takes a special person to become a New York Yankee and Judge sees Stanton fitting right in. So far in Tampa, it looks like the Yankees made the right move in picking up Stanton. If everything goes as predicted we should see the two play in some serious games for their organization.

Braves Within a win of the World Series 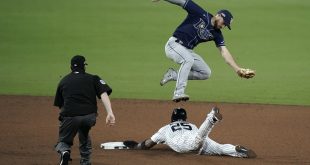