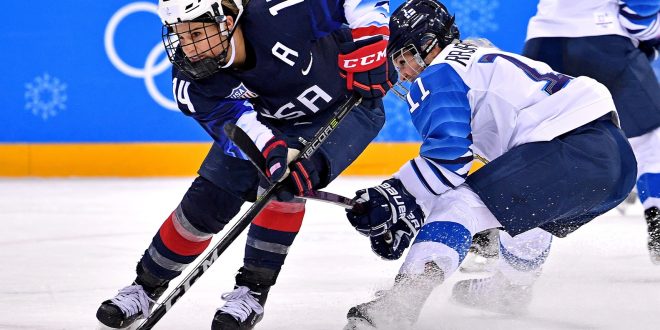 The Winter Olympic Games are at the homestretch in Pyeongchang, as the closing ceremony will take place on Sunday. It may be the winter games, but competition is heating up as athletes compete for medals.

U.S Skiers Kikkan Randall and Jessica Diggins got the gold for the red, white and blue in the women’s team sprint relay for cross country skiing on Wednesday. This was the first medal for the U.S since 1976. Randall started off to keep the Americans in the hunt. The favorites in this race were Sweden and Norway, and led throughout the race. However, towards the end, Diggins sped up, and the lead even switched up several times between the different teams. After some ski clashing, Diggins then surged past Stina Nilsson from Sweden and got first place by .19 seconds.

One of the biggest faces of the Olympics, Lindsey Vonn placed a disappointing third in alpine skiing. Vonn has three medals, now with a downhill gold and super-G bronze from Vancouver in 2010. Sofia Goggia of Italy took the Gold in 1 minute 39.22 seconds. This was .09 seconds faster than the silver medal winner, Ragnhild Mowinckel of Norway, and .47 faster than Vonn. Goggia’s gold was the first for Italy in women’s downhill skiing. Vonn at age 33 is the oldest to ever win a medal in this event. She has stated that this is her last Olympic games.

In an emotional post-race interview, @lindseyvonn says that this was her last Olympic downhill and she hopes she made her late grandfather proud. #WinterOlympics https://t.co/YtEpNzDMDu pic.twitter.com/vWhKp5NSGA

Pavel Francouz stopped all five shooters and Petr Koukal scored the shootout winner as the Czech Republic eliminated the United States from the Olympics with a 3-2 victory in the quarterfinals Wednesday. Goals from the U.S. were made by Ryan Donato (Harvard University) and Troy Terry (University of Denver). It could be argued that the U.S players were at a disadvantage. There were no NHL players on the roster at this year’s games. Olympic and NHL officials couldn’t agree on terms, so the Olympic team was made up with minor league, college, and American professional hockey players in overseas leagues.

Heather Bergsma, Mia Manganello, and Ocala native Brittany Bowe earned a bronze medal in the women’s long track speed skating competition on Wednesday. This is the first medal in the event since the 2010 games in Vancouver. Americans were completely shut out in the 2014 games in Sochi. In the B final, they crossed the line in 2 minutes and 59.17 seconds in front of Canada, who finished in 2 minutes, 59.70 seconds.

Congrats to our Trinity Catholic Alumni @BrittanyBowe for taking the Bronze! We are so proud of you! ☘️ #CelticPride #CelticNation https://t.co/f4YC5OzsxY

In women’s figure skating, the United States finished in one of the worst showings in the Olympic games. Falls and shakiness caused major deductions for the Americans. Mirai Nagasu, Karen Chen, and Bradie Tennell finished ninth, 10th and 11th, respectively, for the U.S. This was 16 points behind the 15 year old Russian winner Alina Zagitova. Tennell hasn’t fallen all season but, in this showing, fell within 30 seconds of her start on the ending of her opening triple-triple combination jump, the triple toe loop. She was the 2018 national champion and her strength was actually her jumps.

Nagasu, is the third woman to land a triple axel in Olympic history. However, this time, she crashed to the ice and could not hold her landing. Then, there was Karen Chen, with her opening triple lutz she fell forward and failed to complete the combination jump that’s required. From 1996-2006, an American led in the figure skating competition.

Today, the U.S. women’s hockey team will play for the gold medal against Canada. Canada has beaten the U.S. the last three times in their meetings. Both teams shut out their previous opponents, with the Canadians shutting out the Olympic athletes from Russia, 5-0. The U.S. also had a shut out, over Finland 5-0 in their previous semifinal match. 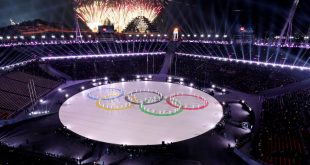