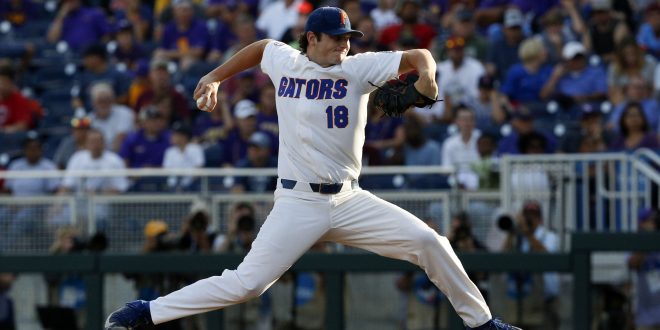 The top ranked Gator baseball team loses its first game of the season on Sunday in their 2-0 loss at Miami. Florida had chances throughout the game but failed to execute with runners in scoring position.

Gators starter Tyler Dyson and Miami pitcher Evan McKendry were locked in a pitcher’s duel until the bottom of the fifth when the Canes finally broke through with back-to-back doubles by Willy Escala and Michael Burns.

Until then, Dyson had only given up two hits and struck out seven batters.

Seems to be a theme with @GatorsBB: lots of tempo & lots of velocity. So. Tyler Dyson w/ power stuff, FB 92-95/96 flashing lots of run. SL showing aAvg early with lots of bite @ 82-84. Flashed a CH too; tons of FB S/M early. pic.twitter.com/HjHfKNyQJk

On Miami’s side, McKendry only allowed two hits, two walks, and struck out eight in the six innings he was on the mound.

“Credit McKendry, he was really good today. He threw a lot of really good, quality off-speed pitches and located them down. We didn’t quite make an adjustment. We had a tough time getting the leadoff man on and getting him to the stretch but we just weren’t quite able to do that,” said Florida head coach Kevin O’Sullivan.

Miami added its second run of the game in the bottom of the seventh on a RBI single from Burns off reliever Hunter McMullen.

The first hit of the day for the Gators came on a Jonathan India double that didn’t even make it past the pitcher’s mound. The Miami infield converged on India’s popup, but there was miscommunication and the ball fell between all of them.

Jonathan India breaks up McKendry's no hitter with a popup that lands between four Canes on the pitcher's mound.

Will look like a line drive in the box score tomorrow.

The Gators at this point had India on second with no outs, but none of the next three batters were able to move him over.

Florida responded to Miami’s offense in the top of the sixth by getting two runners on base. But the Gators couldn’t find a way to drive them home. Throughout the game, the Gators left nine runners on base, three of which came on a based-loaded opportunity in the seventh.

O’Sullivan says the team will learn from today and apply what they’ve learned in the future.

“These are lessons that we’re going to learn from and move forward. The way Blake [Reese] has been swinging the bat, he got to a 2-0 count and took two fastballs to run the count to 2-2. He’s been so aggressive in those situations the whole year and I’m sure if he gets that opportunity again with the tying run at the plate and an offensive count he’ll probably be a little more aggressive,” said O’Sullivan.

Despite the Gators’ inability to get the job done today, Florida is still headed home with the series win after defeating the Canes on Friday and Saturday. 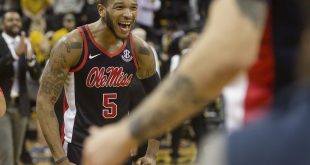