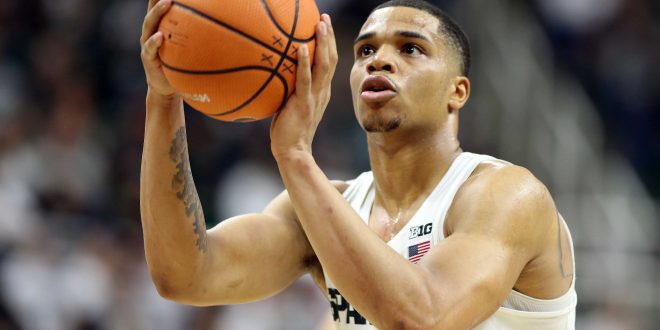 Tom Izzo, Bridges Family Among Those Involved in FBI Probe

Michigan State coach Tom Izzo has been on the hot seat ever since the sexual assault allegations concerning MSU athletes surfaced. Following Larry Nassar’s prison sentencing, these allegations have many people closely watching Michigan State’s athletic department. Thus, the FBI probe that is sweeping college basketball has further added to the controversy surrounding Izzo and MSU. Currently, players from more than twenty Division I men’s basketball programs have broken NCAA rules. The FBI probe concerns expenses such as cash advances that college prospects and their families received from agents and/or coaches.

However, Izzo has yet to be implicated by the FBI. When asked about the findings obtained through the FBI probe, Izzo responded, “…there’s a few that screw it up for the rest.” Izzo continued, “don’t paint the brush over everybody because it’s not the way it is.”

While Tom Izzo has not been implicated, forward Miles Bridges and his mother Cynthia have. Yahoo! Sports obtained federal documents that link Cynthia Bridges to Christian Dawkins, a middleman for former NBA agent Andy Miller and his ASM sports agency. Dawkins has been charged with three counts of wire fraud and one count of money-laundering conspiracy. One of the documents obtained by Yahoo! Sports included Dawkins’ ASM expense report.

The document includes two transactions concerning Cynthia Bridges. The first expense was for a lunch with Miles’ parents at Redwood Lodge totaling $70. The second expense was an ATM withdrawal for Cynthia Bridges totaling $400. Also listed were several paid dinners with Tom Izzo. It’s not clear if Miles Bridges was aware of these meetings or these transactions between Dawkins and his parents. However, Miles Bridges denies that he has knowledge of either himself or his mother receiving any transactions.

Miles Bridges is currently cleared to play. On Sunday, Bridges played for thirty-eight minutes in MSU’s huge win over Wisconsin.

– Izzo & Dantonio aren’t accused of cover-ups of any kind

– Miles Bridges was not paid by MSU nor an agent

– MSU has not yet been accused of paying players