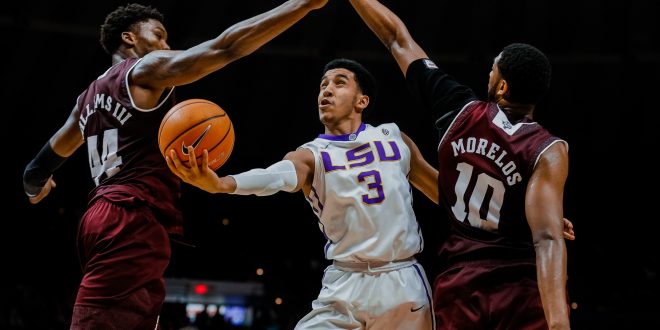 The Preview: LSU at South Carolina

LSU is traveling to Columbia, South Carolina as they try and bounce back in an SEC matchup against the Gamecocks. South Carolina plays host LSU tonight in their final home game of the regular season.

Both the Tigers and Gamecocks are coming off of losses and want to end the season on a high note.

LSU comes into Wednesday night’s game in a four way tie for 9th place trying to squeeze into the eighth spot.

LSU is averaging 77.7 points per game shooting 47.7% from the field. Winning three out of their last five games tonight could be the challenge the Tigers need to finish the season strong.

South Carolina’s defense is only letting opposing teams average 68 points per game. Despite their defensive prowess, the team leaves much to be desired on the offensive side of the ball. The Gamecocks are one of two teams in the SEC to average under 70 points per game.