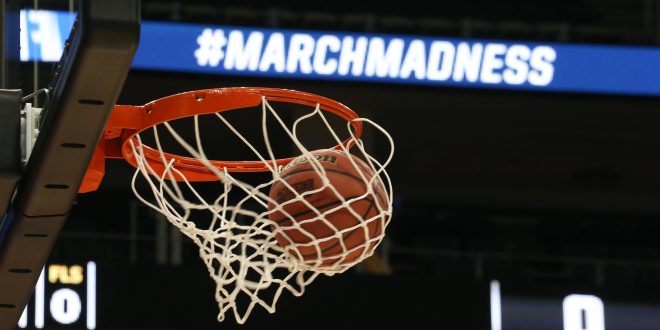 Mar 14, 2018; Pittsburgh, PA, USA; A general view of a ball going through the net during the practice day before the first round of the 2018 NCAA Tournament at PPG Paints Arena. Mandatory Credit: Charles LeClaire-USA TODAY Sports

The NCAA Tournament continues tonight with two teams battling to get their first-ever win in the NCAA tournament. The Texas Southern Tigers and North Carolina Central Eagles will face off in Dayton, Ohio at the University of Dayton Arena. The Tigers and the Eagles had a rough regular season. Texas Southern locked in a 12-6 record for conference play and a harsh 0-13 for their non-conference schedule. North Carolina Central went 9-7 in conference play this season and are 0-2 in opening round for NCAA tournament. Tip off for these No. 16 seed teams is at 6:40 pm.

#NCCUMBB hits the floor to take on Texas Southern TONIGHT at 6:40 PM! Take a look back at the Eagles' open practice on Tuesday, March 13 to see how #NCCU prepared for the big game! #EaglePride #MarchMadness pic.twitter.com/vbH6hfNZYp

The clash of these 11-seed teams will play tonight in a First Four game in Dayton as well. The Arizona State Sun Devils have not been in the tournament since 2009. The Sun Devils went 8-10 in their conference play this season. Syracuse Orange also went 8-10 in their conference play but are coming into tonight’s game with only a one year absence. This ACC bubble team had a great non-conference schedule during the season. Head Coach Jim Boeheim believes it was a close call on which teams would make it into the tournament this year, and he is ready for the Orange to take home a big win tonight.

While Syracuse may have been inconsistent in their road games last year which forced them to sit out of the tournament, they are excited to be back. Arizona State has never made it to the Final Four in this tournament but are coming into tonight’s game all fired up after sitting out for the past nine years. Tipoff for tonight’s game is at 9:10 pm.