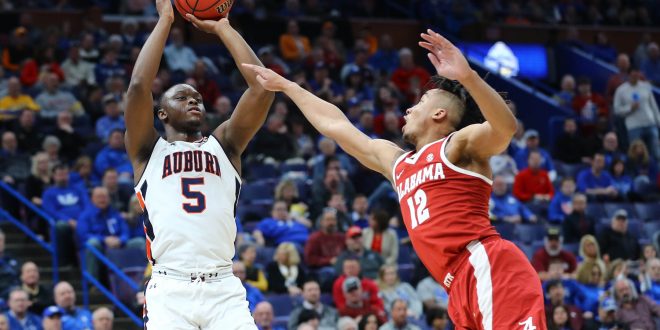 After earning a regular season championship title, the Auburn Tigers can proudly say they’ll be a part of the madness this March for the first time in 15 years. In a Sweet Sixteen game on March 28th 2003, the Tigers fell to Syracuse in a devastating one-point defeat. Since then, four different head coaches attempted to bring the team back. Among those are Cliff Ellis, who brought them their the last time and Bruce Pearl, who is currently in his fourth year as head coach.

Even when Auburn makes its way into the NCAA tournament, the team has a history of relatively short-lived postseason runs. Only once did the Tigers make it to the Elite Eight in 1986. That year, their second-round victory over No. 1 seed St. John’s gave Auburn fans high hopes that the team did their best to live up to. Ultimately the team lost in the Elite Eight game to that year’s national Champion Louisville and the Tigers haven’t been back since.

Overall the team made 8 appearances with a 12-8 NCAA Tournament record before this season.

Auburn in the 2018 postseason

Now on the trek to the Final Four and Championship title, Auburn is seeded 4th in the Midwest Region. Josh Vitale of Times Daily quotes Pearl commenting,

“Obviously, we are excited about this opportunity. The bracket is loaded at the top with Kansas, Duke and Michigan State — Auburn being the fourth seed in that group, it’s a pretty darn good (group) from a standpoint of profile and national programs. To be in the top four seeds in this bracket is a tremendous statement for the regular-season champs.”

Friday, the Tigers open up the first round against the No. 13 seed College of Charleston Cougars. Victory on Friday will carry the Tigers into the second round to face the winner of Sunday’s No. 5 Clemson vs. No. 12 New Mexico State matchup. Moving forward, it all depends on the outcomes of the bracket as the Tigers strive to push past all 67 other teams to the top.

I grew up in the Washington, DC area and now I'm a Gator. I'll always be learning more about myself, others and the world around me. And I'll always be talking about sports.
@kelsey_godman
Previous Miami vs. Loyola Chicago Preview
Next Sooners Take on Rhode Island in First Round