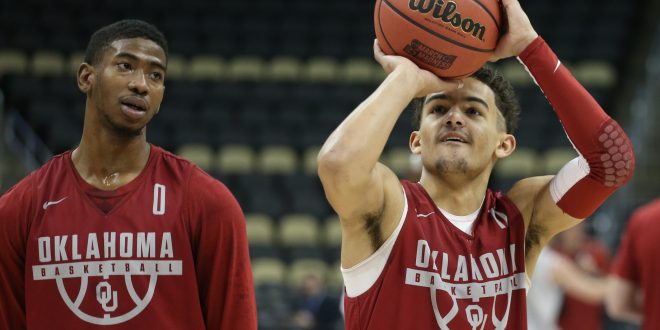 Sooners Take on Rhode Island in First Round

A highly anticipated game will begin early today at 12:15 pm between the no. 10 Oklahoma Sooners and the no. 7 Rhode Island Rams. This game Round one of NCAA Tournament and is very untimely for the Sooners who currently hold an 18-13 record. Sooners only won one game in the month of February and need to step their game up if they want to beat the Rams.

On the other hand, the rams hold a 25-7 record but are also coming off of a rough patch after losing four of their last eight. In this game, the record won’t matter neither team seems to be at its best right now.

Keys For The Rams

You don’t have to follow college basketball to have probably heard of Trae Young. He has gotten the attention of major athletes like LeBron James and has been compared to Steph Curry.

If the Rams plan to move forward in the tournament, they need to keep the pressure on Young. Body to body defense as soon as he crosses half court seems to be the only way to throw his shot off, which was shown in February in their loss against Kansas when Young was held to 11 points.

Keys For the Sooners

Although Trae Young is a freshman, he is clearly the top player in the nation with his shot. Although he hasn’t been hot every game, he makes something work.

Yeah, he has off games but his assist came in to pick up the slack.

Second, they can not, CAN NOT let Jared Terrell find his rhythm or let Senior Guard E.C Matthews get comfortable. The two work off of each other.

It’s not as clear what the Rams real weak spot is (with 7 losses the whole season it can’t be major). So the Sooners will have to watch plenty of tapes to pick apart that Rams defense.