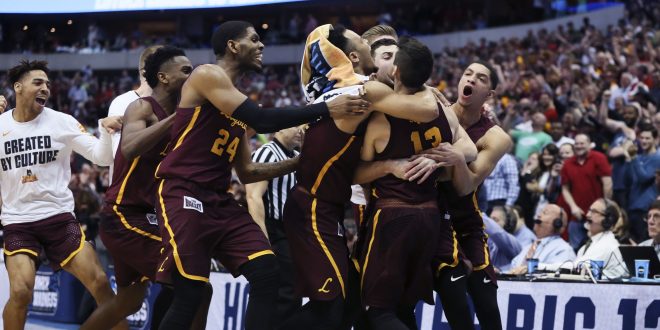 The round of 32 has concluded and March Madness continues to roll on with only sixteen teams remaining.

After Virginia and Xavier suffered heartbreaking upsets, Kansas and Villanova are the two 1-seeds still standing in the sweet sixteen. Virginia became the first ever 1-seed to lose to a 16-seed with their 74-54 loss to UMBC. Xavier blew a 12-point lead in the final 10 minutes against FSU after the Seminoles closed the game on an 18-4 run. Florida State head coach Leonard Hamilton said that he doesn’t know if you can call these games “upsets” as much as you can call it “March Madness.”

Villanova has steamrolled to the Sweet Sixteen, winning their two games by scores of 87-61 and 81-58. Kansas escaped with just a 4-point victory in their most recent game against Seton Hall. Both teams are looking strong and feeling confident moving forward. Villanova head coach Jay Wright said he is proud of his team’s “vibe.”

Middle Seeds Getting It Done

On average, the NCAA tournament has about 5 teams from the 5-11 seed range make it to the Sweet Sixteen. This year’s Sweet Sixteen has nine teams within that range. Those teams are Kentucky (5), Clemson (5), West Virginia (5), Texas A&M (7), Nevada (7), Kansas State (9), Florida State (9), Loyola Chicago (11) and Syracuse (11). Kentucky is coming off two solid wins and is the highest remaining seed in the South division. Loyola Chicago has had two incredible tournament moments so far, hitting game winning shots in the final seconds against both Miami and Tennessee. Loyola head coach Porter Moser said that his team has been “ultra resilient.”

Nevada overcame a 22-point deficit against the 2-seed Cincinnati Bearcats to claim their spot in the Sweet Sixteen. Syracuse was the cause of another upset when they took down No. 3 Michigan State. The Orange closed the game on a 16-9 run to pull off the victory.