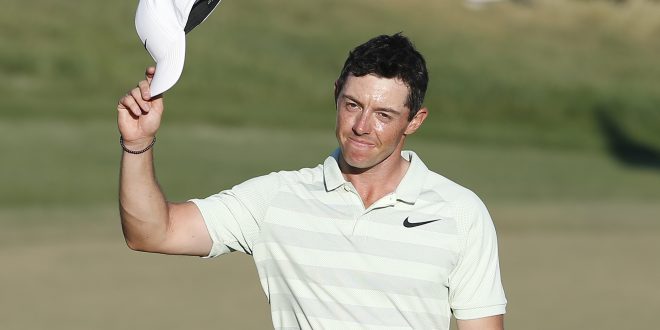 When the dust settled on Day 4 of the Arnold Palmer Invitational it was a new, but also familiar face holding the trophy. Rory McIlroy picked up his first win of the Invitational and his first victory since September 25th, 2016. In a poetic coincidence, the Northern Irishman’s last win was the day Arnold Palmer passed away.

"To be able to win his event, I wish I walked up that hill and got a handshake from him, but I'm so happy to be winning that trophy."

McIlroy entered the fourth and final round of competition in third place at 10-under, behind Henrik Stenson (-12) and Bryson DeChambeau (-11). The four-time major winner was also joined at the top of the leader board by names such as Justin Rose, Rickie Fowler, and Tiger Woods.

Despite starting two shots behind Stenson, McIlroy surged to a victory by posting an impressive 64-stroke day. It was the best score of the round, and one where he avoided a bogey throughout. McIlroy expressed his excitement over his fourth-round performance.

While McIlroy’s day was impressive, he still only held a one-shot lead over DeChambeau after the American made an eagle on the 16th hole. Moments later, McIlroy would finish his day by making the final hole in three strokes.  This would ultimately put him three strokes ahead of DeChambeau in the final score and seal his first victory in 539 days.

McIlroy entered the Arnold Palmer Invitational ranked No. 13 in the world, but has risen to No. 7 after his win.

Another competitor that attracted a fair share of attention was Tiger Woods, who finished the Invitational tied for 5th place at 10-under, eight shots back from McIlroy. It was an encouraging sign for Woods, coupled with his tie for second-place at the Valspar Championship the week prior. Less than a year ago, he had surgery to alleviate constant pain in his back and leg. Now, he was coming close to winning championships.

Woods explained how happy he was with the progress he has made.

McIlroy will compete in the World Golf Championship Match Play event at the Austin Country Club in Texas next week. He will then head to Augusta, Georgia for the Masters the following week.

Woods will also be heading to the Augusta National course in Georgia for the Masters in two weeks.