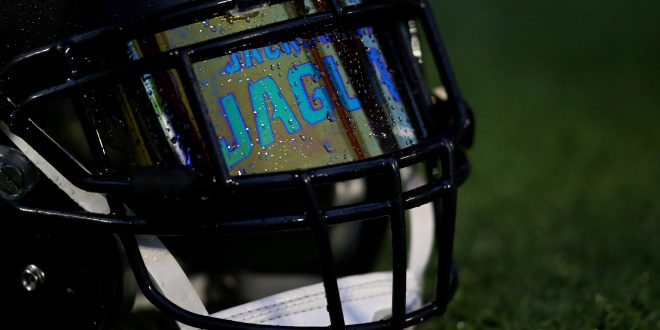 For a third-straight year, the Jaguars have been making waves in the NFL’s free agency market.

Andrew Norwell (Guard) – the Jags were able to lure the 26-year-old All-Pro offensive lineman from the Carolina Panthers to the tune of $66.5 million over five years, $30 million of which is guaranteed. That deal makes the undrafted fifth-year veteran the highest paid guard in the NFL. The addition will help bolster an offensive line for a team that ranked in the Top 5 in sacks allowed and the league’s best rushing offense.

From undrafted to one of the top guards in the NFL.@AndrewNorwell came here to be a winner and contend for the Super Bowl. pic.twitter.com/rLLs4alykR

D.J. Hayden (Cornerback)  – a sixth-year veteran, the 27-year-old Hayden joins a defensive backfield that already features a dynamic duo in Jalen Ramsey and A.J. Bouye. He’s defended over 30 passes in his tenure and will likely replace Aaron Colvin, who signed with Houston, at the nickel position.

He has a difficult task ahead of him.@_Go_DJ_ also has the pedigree – and confidence — to handle it.https://t.co/yp4EEgiQjB

Marqise Lee (Wide Receiver) – Lee inked a four-year deal to stay with the Jaguars. His role will obviously expand, after the departure of Allen Robinson and releasing of Allen Hurns, as part of a receiving corps that now features Donte Moncrief, Dede Westbrook and Keenan Cole.

It's official.@TeamLee1 signs his contract to stay a Jaguar.

What These Moves Mean

According to La Canfora, the Jags’ most recent signings may have high price tags, but are set up to where ties can be severed come 2020:

Years of mediocrity and poor drafting have allowed the Jaguars to accrue a large amount of cap space. This has allowed them to play so aggressively in the free agency game in recent memory.

But, eventually, their young talents will be due up for new contracts that could be costly.

Once that happens, the Jaguars will need all the cap room available to try and retain all of them.

These recent free agent contracts give them the flexibility to do so if they aren’t happy with player’s performances.

Another factor that plays into everything is what the Jaguars will do come draft time. The Jaguars have spots on all three defensive levels, running back and offensive line for rookies to fill and make an impact.

The drafting of good, productive rookie classes can replace the veterans who come at a much higher price and add more to cap space.