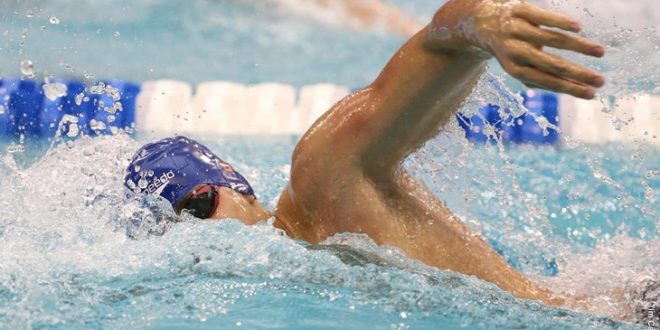 The Florida Gators Men’s Swimming and Diving team concluded its 2017-18 season this past weekend in the NCAA Championships.

A great season comes to a close with a 5th place finish at NCAAs!

The Gators garner 347 points over the course of the meet! #GoGators pic.twitter.com/hajsVgyfjb

A Farewell for the Seniors

It was a remarkable four-day tournament for the Gators on the individual side. Caeleb Dressel, Mark Szaranek and Jan Switkowski had good performances in their individual races, in which they finished in the podium.

But Dressel was definitely, once again, the one who stole the spotlight. Dressel broke his own record from last year (40.00) in the 100-free competition. He finished with a 39.90 time. In this meet, he won three individual titles – ninth in his collegiate career – and one relay.

After this tournament, Florida will have to start thinking about renewing its roster and transitioning to what comes next. Ten seniors are planning to retire from their collegiate careers. Putting an end to a successful generation of Gator swimmers who earned multiple individual titles and All-American Honors. Of course, the biggest loss will be Dressel. The 21-year-old senior won six NCAA titles, 14 SEC titles, three CSCAA Swimmer of The Year Awards (two of them are shared with other two swimmers) and three SEC Male Swimmer of The Year Awards.

Journalism student at the University of Florida. Venezuelan and future sports journalist.
@joseso2793
Previous Michigan Advances to the Final Four
Next Bulldogs Headed Back to Final Four in Search of Redemption