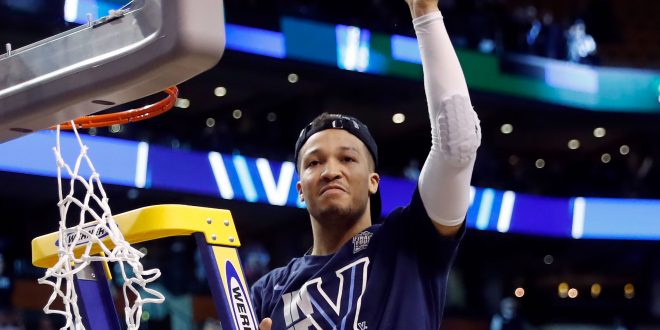 In a year where the NCAA tournament has lived up to its name of March Madness and then some, No. 1 seed Villanova has been one of the few consistencies. The Wildcats have made advancing to the Final Four look easy, winning each of their games by at least 12 points.

Villanova has steadily worked its way through the tournament, managing to not get caught off guard by any lower ranked teams, like so many top seeds have.

The Wildcats opened the tournament handily defeating Radford by 26 points, followed by a second round 23 point victory over an Alabama team that seemed to be surging at the right time and many thought could challenge the top seed.

West Virginia threw everything they could at Villanova in the Sweet 16 and trailed by just two points at halftime, but they came up short, ultimately losing by 12.

Sunday’s Elite 8 matchup featured a Texas Tech team that gave the Wildcats probably their toughest contest of the tournament so far. But despite a poor shooting effort from Villanova and several second-half runs by the Red Raiders, the No. 1 seed was able to hold off Texas Tech and secure their second Final Four appearance in the last three seasons.

Head Coach Jay Wright says it’s an honor to have made it to the Final Four after knocking off a tough Texas Tech team.

Playing For Each Other

One of the keys to success for this season’s Villanova team is their ability to play for one another. When one player isn’t shooting well, the rest of the team is there to pick him up and remind him to keep shooting.

To the entire team, Villanova basketball means pushing their teammates to be the best they can be.

Brunson says his teammates’ encouragement is what kept him going throughout their Elite 8 game against Texas Tech.

Wright has also noticed his team’s ability to come together and play as a team. Wright believes attitude is one of the biggest reasons the Wildcats have made it as far as they have. He says the team doesn’t care about how the shots are made or who makes them, just that they’re all contributing their best efforts toward the game.

Redshirt Junior forward Eric Paschall knows the level of basketball his team is playing at is rare. He says he feels blessed to be on a team that plays this way and always wants to get better, not just for themselves, but for everyone else around them.

Now that Villanova has advanced to the Final Four, the Wildcats will face fellow No. 1 seed Kansas on Saturday in San Antonio. The Jayhawks have had a bit of a tougher road to the Final Four, winning each of their last three games by just four points. Kansas also narrowly escaped in an overtime thriller against Duke in the Elite 8.