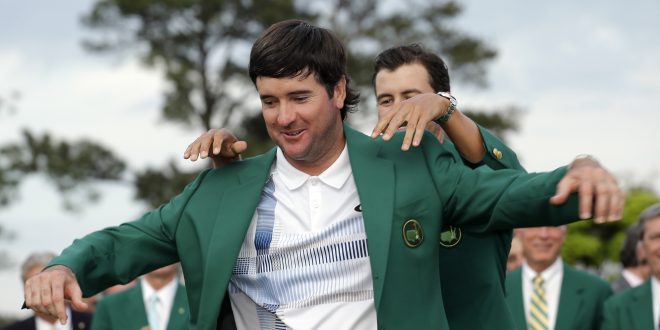 Bubba’s plan to sneak into another jacket

Looking to capture his first Masters Tournament victory since 2014, Bubba Watson is among one of the favorites at Augusta this year.

Bubba’s first Masters appearance was in 2008 where he placed tied for twentieth and has been on the rise ever since.

Bubba won the Masters in 2012 and 2014 and is looking to continue his success on the course.

After coming off his worst performance in Masters history finishing eight over (+8) in 2017 Watson hopes to leave that behind him as he prepares for a run at another green jacket.

This is Watson’s tenth appearance at Augusta.

Bubba currently sits at 15/1 odds to win another jacket according to VegasInsider.com.

“The only pressure is what we put on ourselves,” Bubba told the media in his final interview before the tournament starts.

Watson will have to deal with fellow Golf Boy Rickie Folwer as he is also looking to go deep into Sunday. Fowler finished tied for 11th last year.

Other than his traditional pre-Masters burrito, Watson has been working with Ping’s engineers to get his putter back to his liking.

“So we went back to my old putter, my original putter that I putted with when I was eight years old and saw the loft on it. So we added loft to my putter. They did some fancy footwork in there when they made two putters into one.”

“I’m hoping everyone gets media attention and I just kinda sneak through the back nine and somehow pull out a victory.”

Bubba will tee off at 11:04 AM EST  alongside Henrick Stenson and Jason Day.

Previous Gators Lacrosse Rolls Past Temple in 15-3 Win
Next SEC Preview: No. 4 Gator Softball Travels to No.15 Alabama

With the 121st U.S. Open just ahead, Phil Mickelson faces his course foe yet again. …