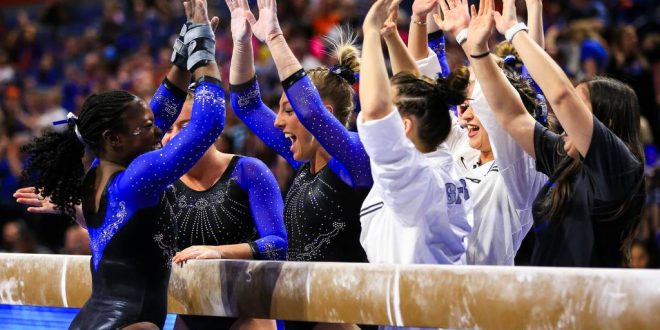 Preview: Gators Gymnastics Are In St. Louis For NCAA Championship

It’s the final destination for the Florida Gators Gymnastics team… St. Louis Missouri. The team will look for its fourth NCAA title this weekend and it marks the Gators 36 participation in the championship.

Florida is coming off a victory in the university park regional that took place on April 7th. They finished with a score of 197.725 … its highest away score in the season.

The Gators will compete during the second round of the semifinals, in which will include No.1 Oklahoma, No.4 Utah, No.8 Washington, No.9 California and No.12 Kentucky.

Coverage for the semifinal begins at 7 p.m. on Friday and airs on ESPNU.

During last years NCAA Championship the Gators finished in third place behind Oklahoma who took first place with a score of 198.3875. While LSU came in second place.

Alex McMurtry won the all-around title and shared for the uneven bars title.