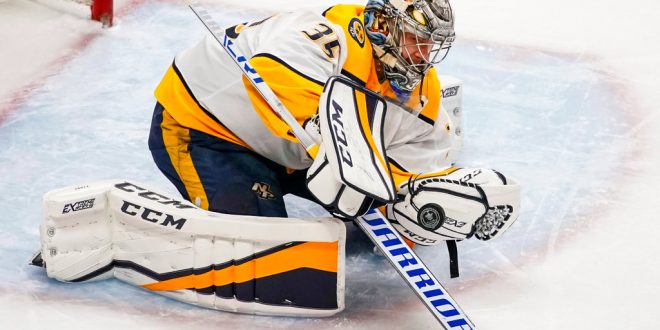 Nashville Predators goaltender Pekka Rinne makes a save against the Colorado Avalanche during the first period in Game 6 of an NHL hockey first-round playoff series Sunday, April 22, 2018, in Denver. (AP Photo/Jack Dempsey)

The Nashville Predators’ quest for their first Stanley Cup charges on. The Presidents’ Cup winners blanked the Colorado Avalanche, 5-0, Sunday in Game 6 of their first-round series to advance to the next round. The Predators will face the Winnipeg Jets in the Western Conference Semifinals. Dates and times for this series have yet to be determined. The Jets, who finished second to the Predators in the Central Division, defeated the Minnesota Wild in five games. With the series victory, the Predators have won at least one playoff series in three consecutive seasons, a franchise record.

While most fans and experts expected Nashville to defeat Colorado, it is slightly surprising that the Avalanche put up a lot of resistance. Colorado had the worst regular season record among teams that made the playoffs from both conferences. Led by Hart Trophy candidate Nathan MacKinnon, the Avalanche defeated Nashville twice, including once in Nashville. Colorado forced Nashville to clinch away from home, always the goal for underdogs in the postseason. In two of their four losses, the Avalanche had an early lead but couldn’t hold on.

Colorado coach Jared Bednar says he is proud of his team and thinks they had a great season.

Inefficiencies on the power play allowed Colorado to hang around. In the regular season, the Predators converted on 21.2 percent of their power plays. Against the Avalanche, they converted at just 15.8 percent.

Nashville finished the regular season eighth in the NHL in goals per game with 3.18. In Colorado’s two victories, Avalanche goaltender Andrew Hammond held the Predators to three and one goals.

Predators coach Peter Laviolette credits the Avalanche for giving his team a difficult series and says his team did not overlook them.

It was a valiant all-around effort by the outmanned Avalanche, but, in the end, the Predators simply had too much firepower.

The @PredsNHL continue their journey for a shot at the Cup.

Take a look at all the Colorful Moments from the First Round, presented by @PPG. #StanleyCup pic.twitter.com/uWbK4sexoY

Regardless of what Colorado threw at them, Nashville had the answers.

In the four wins, the Predators averaged 4.5 goals and conceded just two per game, including the shutout in Game 6.

Additionally, Nashville outshot Colorado in every game except Game 3, a 5-3 loss in Denver.

Nashville won games in different ways. After conceding early goals in games one and two, they stormed from behind to win. In Game 4, the Predators built a 3-0 lead and withheld a furious Avalanche rally in the final 12 minutes. Nashville routed Colorado in games one and six and won a low-scoring battle in Game 4.

Considered the favorites to win the Stanley Cup entering the postseason, the Predators showed why that’s the case by winning in multiple styles.

A series-deciding game, zero goals against.

It's the first time this happened in playoff @PredsNHL history. #StanleyCup pic.twitter.com/0kCGnWCY4x

Nashville went 3-1-1 against Winnipeg during the regular season. As the top seed, the Predators will have home-ice advantage throughout the playoffs. Watson says the Jets series should be extremely competitive and challenging.

If the Predators defeat the Jets, they will face either the Vegas Golden Knights or San Jose Sharks in the Western Conference Finals.

After falling to the Pittsburgh Penguins in the Stanley Cup Finals a year ago, Nashville seeks to make its second Finals appearance in franchise history. While this goal is still a bit away, the Predators are off to a great start. 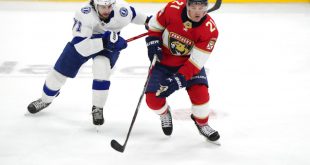 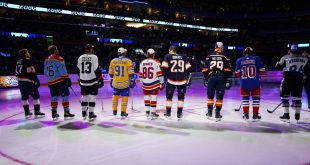