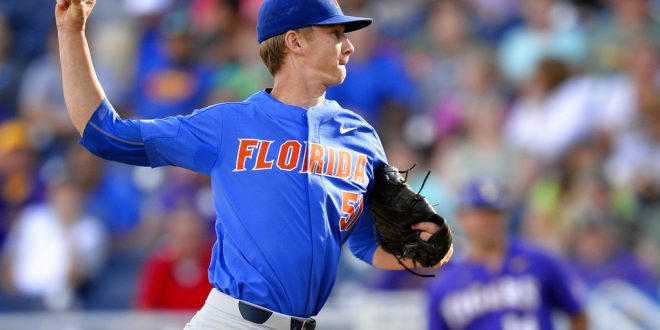 In a memorable weekend for the Florida Gators, many postseasons moves would be made. For lacrosse, softball, baseball and outdoor track-and-field, many of these would involve championships.

For the first time in program history, the men’s and women’s outdoor teams are SEC Outdoor Champions in the same year. Sunday would mark a championship sweep for the Gators in Knoxville, Tennessee. This is the men’s first championship since 2015, and the women’s first since 2009.

It’s up to our man Jerome to get these home safe ✊ pic.twitter.com/7PDwSkQr50

The star of the show for Florida men’s track and field is sophomore Grant Holloway, who won the 110-meters hurdle championship. Holloway also cements his place in history after becoming the second man ever to win the 110-meter and long jump championship. With a 13.15 run time for Holloway, he now holds the second fastest run-time in collegiate history.

For the women, Sharrika Barnett would make headlines, getting the fifth 400-meter championship in school history. She would do it with a 50.69 time, breaking a 13-year record set by Tiandra Ponteen, with a 50.83 time.

After the sweeps, head coach Mike Holloway spoke with the SEC Network on what it means to be the SEC Outdoor Champions. He also discusses how the team simply believed in themselves, as well as how blessed they all feel about completing the sweep for the first time ever in school history.

While baseball is looking to continue their quest for a national championship repeat, softball is riding a wave of momentum toward another SEC Championship. The Gators would defeat Alabama, Tennessee and South Carolina to regain another conference championship. Softball’s most decisive victory would come against the Tennessee Volunteers, with a score of 10-2.

Here's who's heading to Gainesville! pic.twitter.com/piiaPPwC5c

They now join Ohio State, Bethune-Cookman and South Florida for the Gainesville Regional of the NCAA Softball Tournament. The Gators will open up play against Bethune-Cookman on Friday at 7:30 p.m. from Katie Seashole Pressly Stadium in Gainesville.

While baseball would take a 4-1 loss on Sunday to the Georgia Bulldogs, the Gators would clinch a share of the SEC regular season championship. While they took the loss, they would win the series 2-1 for the final home series of the season. Sunday would see seniors Nick Hovath and JJ Schwarz honored at home for their final game.

The game also saw Schwarz break the record for most starts in Gator baseball history, with 260 games started. He would surpass Preston Tucker for the record against the Bulldogs. The lone score for Florida would come from Wil Dalton.

The baseball team now faces Mississippi State in the final series of the regular season before going to the SEC Championship tournament.

Following the performance of the Pirreca sisters, Gator lacrosse is moving on to the quarterfinals of the NCAA Lacrosse Tournament.

The Gators would stare at a 5-o hole against Colorado before Grace Haus gained the first point for Florida. That would start a chain of points for Florida, scoring eight unanswered. Six of those points would come from senior Shayna Pirreca and freshman sister Sydney Pirreca.

Sadie Grozier of Colorado would score the opening goal of the second half before Shayna Pirreca, Madi Hall and Grace Haus would seal the victory for Florida to advance to the quarterfinals. They now play James Madison University on Saturday at 1 p.m. from Harrisonburg, Virginia.

Gators men’s tennis would also advance in the NCAA Tournament round of 16 after a 4-0 victory over the Miami Hurricanes. The advancement would be clinched thanks to Alfredo Perez with two 6-4 victories in singles action. The Gators also defeated South Carolina State in the tournament, before dethroning Miami to advance to the Sweet 16.  The team now awaits Ole Miss this Friday at 7 p.m. in Winston-Salem, North Carolina. 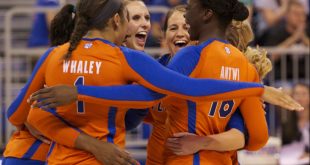 Gator volleyball began its season back on Friday when they traveled to Sacramento, California, to …