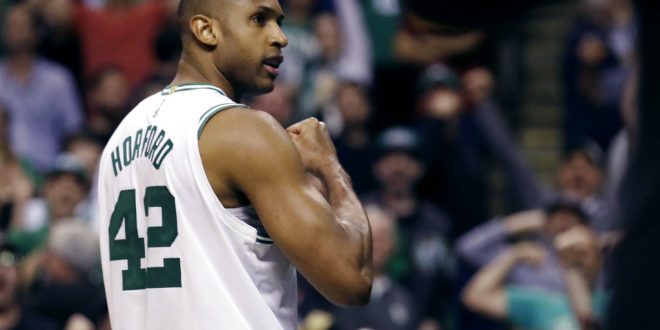 Fans emulate Boston Celtics forward Al Horford flexing his right arm during the second half in Game 2 of the team's NBA basketball Eastern Conference finals against the Cleveland Cavaliers, Tuesday, May 15, 2018, in Boston. (AP Photo/Charles Krupa)

Cavs Looking to Get First Win in Eastern Conference Finals

The Boston Celtics will be looking to steal a game in Cleveland when the Cavaliers host game three of the series on Saturday night. Cleveland is in a 2-0 hole, and need a victory at home to get back in the series.

Highlight after highlight, we weathered Game 2 and came out with another W.

Keys to Victory for Boston

Keys to Victory for Cleveland

"We're gonna see what we're made of on Saturday." #WhateverItTakes pic.twitter.com/4Qxdbti0Zr

No team in history has ever come back from a 3-0 deficit. Ultimately, Cleveland needs a victory tonight to get back in the series, and return to the finals for the fourth straight year.

With the Cavaliers’ hopes of going to a fourth straight NBA Finals at risk, this is a make-or-break game for Cleveland. The Cavs will be on their home court for Game 3 at the Quicken Loans Arena in Cleveland. The game will be live on ESPN this Saturday at 8:30 p.m. Finally, stay with ESPN 98.1 FM – 850 AM WRUF for continuing coverage of the 2018 NBA Playoffs.