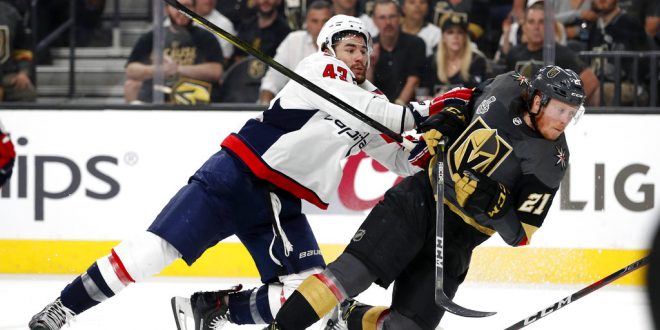 For the first time ever in their history, the Washington Capitals have a win in the Stanley Cup Finals. The team is celebrating a 3-2 victory over the Vegas Golden Knights, while evening the series at one game apiece.

History for the Caps

The Capitals are not familiar with this feeling. Flanked by superstars Alex Ovechkin and Braden Holtby among others, there is no word to describe the feeling from Washington with their first Stanley Cup win.

Washington would suffer a major loss in the first period in the loss of Evgeny Kuznetsov. Kuznetsov’s absence is especially devestating, seeing as he is Washington’s leading scorer (83 points) this season. The hit came after a big upper body check early in the first period from Brayden McNabb of Vegas.

The Capitals would not let that go unanswered, however. After an argument broke out on the ice, the Capitals and Golden Knights were down to four-on-four hockey.

Head coach Barry Trotz would talk about the hit, as well as the mentality the team appears to be heading into the series with.

Lars Eller would score the opening goal for Washington at 17: 27 of the first period, tying the game at 1-1. What came next, however, is what will be another addition to a stunning legacy.

This game also means a lot to Ovechkin and his legacy. Appearing in his first Stanley Cup Finals, he would score a power-play goal at 5:38 of the second period. This goal marks the first in the Stanley Cup of his career, and a huge weight off his shoulders, which would put Washington up 2-1.

Brooks Orpik would make the game-winning goal for Washington to secure their first Stanley Cup victory in franchise history. Braden Holtby would put up an incredible performance, totaling 37 saves in the game, including the game-sealing save with two minutes left in the final period.

SAVE. OF. THE. YEAR! #ALLCAPS #StanleyCup pic.twitter.com/OCBBQoEPMI

Many on the team, including Ovechkin, were stunned by Holtby’s save, and would have a similar reaction to the save that secured the victory.

While the Capitals are surely soaking in the moment, they will have no time to celebrate the win. However, the Capitals now host the Vegas Golden Knights for games three and four of the Stanley Cup Finals in Washington. Ovechkin and company are looking to continue their momentum in the series and take the edge. Game three of the Stanley Cup Finals will take place on Saturday night from the Capital One Arena in Washington, D.C. 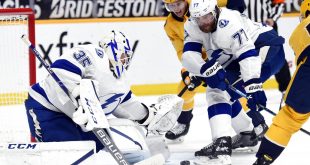