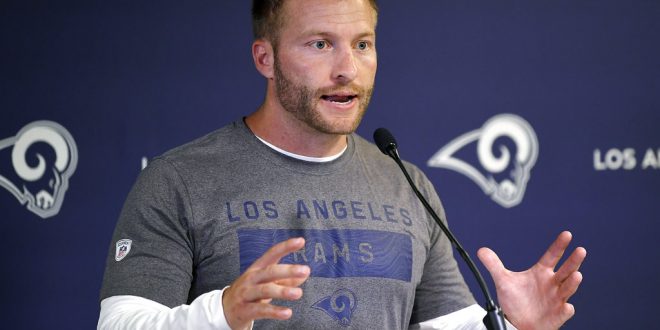 NFL Minicamps are well underway, and following practice, various coaches would address some questions from the media. Heading into the 2018 season, four teams are feeling championship-bound, featuring locker room leaders and championship-repeat dreams.

The locker room leader role for two teams are being established in this camp. The Carolina Panthers and Baltimore Ravens have their franchise players assuming the role. Cam Newton and Joe Flacco are taking the reigns for their teams, respectively.

First, the former Florida Gator-turned-Auburn Tiger would total 3,302 yards and 22 touchdowns in 2017. After making the playoffs, Newton and the Panthers would drop the Wildcard game to the New Orleans Saints. In this minicamp, head coach Ron Rivera is seeing the veteran Newton taking the role of being the locker room leader.

Going from one veteran to another, the Ravens are looking at a familiar face to drive the team to another postseason appearance. After winning the Super Bowl in 2013, Baltimore is looking to reach the summit once again. John Harbaugh is seeing Flacco take the position of locker room leader and mentor again, hoping to help the team get to another postseason in 2018.

While these two teams are looking at the leadership of the team, there are also questions and concerns surrounding other teams in the NFL.

Two other teams, namely the Los Angeles Rams and the Philadelphia Eagles, the questions involve missing players and quarterback questions.

Firstly, the Eagles are currently riding the emotion of a Super Bowl victory in February. Before the team would receive their championship rings, the speculation would be this: Who is starting at quarterback this season? Head coach Doug Pederson would have an answer to that question, for now.

After going 28-for-43 and three touchdowns in the Super Bowl, the man to start right now under center is Nick Foles. The second-year quarterback Carson Wentz suffered a knee injury in December of 2017 against the Rams. Wentz set his eye on a week one return against the Atlanta Falcons, and is showing promise to getting there.

What's the next step for @cj_wentz after this minicamp? Get the latest on his rehab on the #Eagles Update: https://t.co/Jw4WEWFb3x

Wentz’s 2017 campaign would feature 33 touchdowns and 3,296 yards totaled, and is looking to repeat those numbers in 2018. While the Eagles have a quarterback situation, the Rams are without one of their breakout stars.

Secondly, Los Angeles went into minicamps without Aaron Donald. Donald and the Rams are in the middle of a contract dispute, resulting in the defensive lineman skipping camp. While Donald is missing out on the camp, head coach Sean McVay believes that a solution will be coming soon for both sides.

Even though Donald is not taking the field, McVay is also confident that he is getting work in to prepare.

For these four teams, they are looking to capitalize on the new season. Finally, with championships and glory on their minds, the locker room leaders and missing pieces could very well be the key to success for these teams.