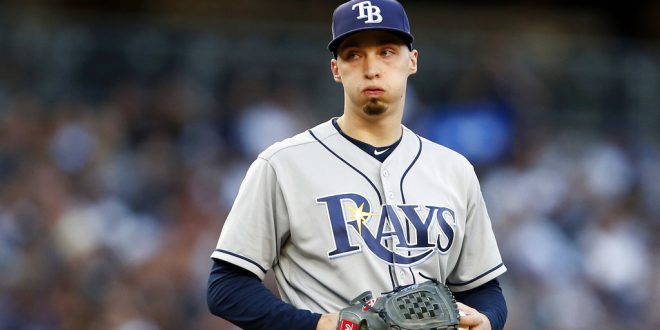 Going into last night, The Tampa Bay Rays and the Miami Marlins were both looking to continue winning streaks in a season without many so far. The Rays, coming off a three-game sweep of the Toronto Blue Jays, were looking to continue their string of wins in a four game series against their AL East rival Yankees, while the Marlins had a chance to get their first sweep of the season against the San Francisco Giants.

Last night, however, did not go as planned for either team.

Rays Fall to the Yankees in Game 1

The Rays fell to the Bronx bombers 4-3 after being over-powered by rookie pitcher Domingo German. German, who is now 1-4 on the season, won his first career game after going six innings and striking out 10.

German bested Ray’s pitcher and potential all-star Blake Snell, who, coming into the game, won his past four starts. Snell held the Yankees scoreless until the fifth, where he gave up four runs off two Yankee homeruns. Three of those earned runs came off the bat of Yankee catcher Gleyber Torres, who hit a three-run bomb over the left field fence.

In the batter’s box, the Rays could not drive in enough runs to top the Yankees despite a leadoff homerun by Matt Duffy and RBI singles from Wilson Ramos and Joey Wendle.

The Marlins Lose in Extras to San Fransisco

The Miami Marlins, after winning the first three games of a four game series against the San Fransisco Giants, lost to Giants 6-3 after a game-winning, two-RBI single by Pablo Sandoval in the top of the 16th inning.

After going down 3-0 after 2 innings, the Marlins clawed their way back, tying the game at 3-3 in the bottom of the ninth off a sac fly from Lewis Brinson.

The game then stagnated until the 16th inning, when Sandoval drove in Andrew McCutchen and Brandon Crawford to break the tie.

A sac fly by Gorkys Hernandez brought the score to 6-3, plenty enough for the Giants to hold on and avoid the sweep.

Elieser Hernandez took the loss for the Marlins despite pitching five relief innings, while Ty Blach got the win for the Giants after throwing 6.2 scoreless relief innings.

The Marlins are now 26-43 on the season and are 14.5 games back from the NL East leading Atlanta Braves.

The Giants are 34-35 and place third in the NL West so far this season.

The Rays will continue their series with the Yankees tonight in the Bronx, with Nathan Eovaldi throwing against Yankees rookie Jonathan Loaisiga. WRUF will have live coverage of the game beginning at 6:30 p.m.

Jonathan is a sports journalism student at the University of Florida. He enjoys videography, editing, photography, and writing.
Previous NFL Coaches Preparing for 2018 in NFL Minicamps
Next 2018 Russia FIFA World Cup Day 2 Recap