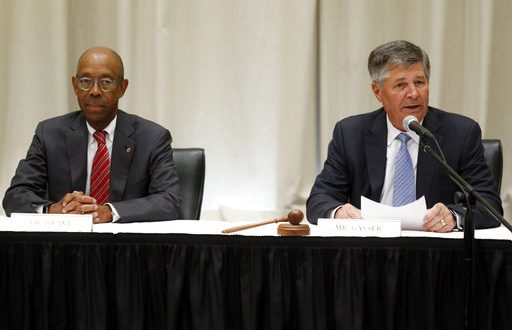 A decision is looming in the Urban Meyer case regarding Zach Smith’s alleged domestic violence case. On Wednesday, the Ohio State board of trustees met at 9 a.m. to discuss the case. Meyer attends the meeting.

Here’s a brief timeline of the events:

Smith is allegedly involved in a domestic violence case with his then-pregnant girlfriend Courtney Smith.

A domestic incident between Smith and his now-wife Courtney allegedly occurs.

OSU fires Smith for violating a civil protection order. The violation stemmed from an incident on May 12 in which the couple disagreed over where they would exchange their son. When the incident became public, Smith was fired.

Meyer says he knew of an incident in 2009 between Smith and Courtney but was not aware of the 2015 situation.

Brett McMurphy posted messages and pictures sent between Courtney and various other people outlying the level of violence. The photos include blood and several bruises from Smith’s alleged abuse. McMurphy’s story also supposedly details the extent of Meyer’s knowledge of the situation.

COLUMBUS, Ohio – Text messages I have obtained, an exclusive interview with the victim and other information I have…

Meyer releases a statement regarding his leave.

Ohio State announced the group that will begin an investigation and says it will span the time of two weeks.

Meyer meets with OSU board of trustees. Meyer’s wife, Shelley, walks into the back entrance of the meeting building around 3 p.m.

People begin to camp out with lawn chairs awaiting the decision around 3:40 p.m.

Update: This is where we are. Fans have shown up. With lawn chairs. And the media is talking to them because there’s no information. We’re nearing the seven hour mark. Urban has been in the building for almost six hours. pic.twitter.com/MY4ueLQeVn

Update 9 p.m. ET: Meyer has been suspended for the first three games of the season after a two-week investigation of his involvement in the Zach Smith domestic violence case. Meyer addressed the media in a press conference Wednesday night to express his “regret” for what had happened. He was joined on the stage by Ohio State President Dr. Michael Drake and Athletic Director Gene Smith.

Chris O'Brien is a rising sophomore at the University of Florida. He aspires to be an on-air sports anchor someday.
Previous Tate Casey Returns to UF as IMG Radio sideline announcer
Next UF President Fuchs Talks Gator Sports 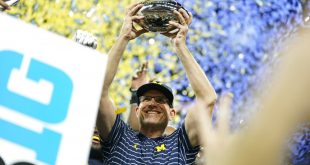