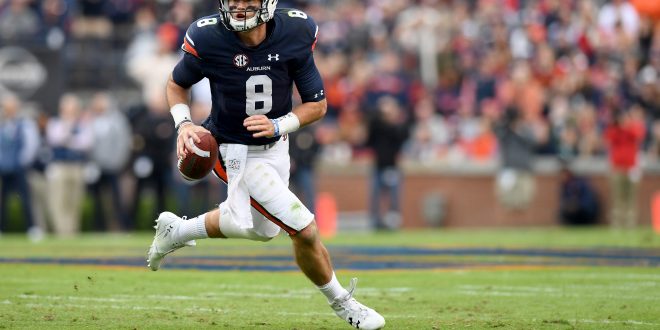 No. 7 Auburn football is looking for another win this weekend after defeating the Washington Huskies 21-16 this past weekend. Auburn will be kicking off it’s first home opener of the season this Saturday against Alabama State. The matchup starts at 7:30pm ET on SECN.

Auburn’s 21-16 victory against Washington was far from easy this past weekend. Washington came out with high energy and lots of talent, but ended up falling short in the fourth quarter. The Huskies were previously ranked no. 6, but dropped to no. 9 due to their loss. Auburn knew going into the game that it was going to be a tough match-up, but were satisfied with a win.

What will they change?

Auburn plans on making many improvements going into this next game. Coach Gus Malzahn was happy on how his team played in the final quarter of this past game. He believes that the offense and the defense both contributed equally to help take home the win. Coach Malzahn was also pleased with the information that he was able to receive following the game. Going into the football game this Saturday against Alabama State, Auburn plans cleaning up many of their mistakes including running the ball better and limiting the amount of penalties received.

This week’s message is simple.

Up Next, Alabama State

Alabama State will be in for a tough ride this weekend at Jordan-Hare Stadium. With Auburn ranked at no. 7 in the NCAA, the FCS opponent will need to give it their all on Saturday night.

Alabama State is also coming into this game with a win this past weekend against Tuskegee. The Hornets ended the 2017 season going 4-7, whereas Auburn went 10-4, losing against teams such as LSU and Georgia.

The scoreboard is predicted to look very high this weekend, but the Hornets have prepared intensely for this game. Alabama State coach Donald Hill-Eley realizes his teams limitations facing this game, but states “as I told the young men, we are not going in to play Auburn, we are going to play the names and the helmets.”

Tune in to the SECN at 7:30pm ET as the Auburn Tigers take on the Alabama State Hornets.