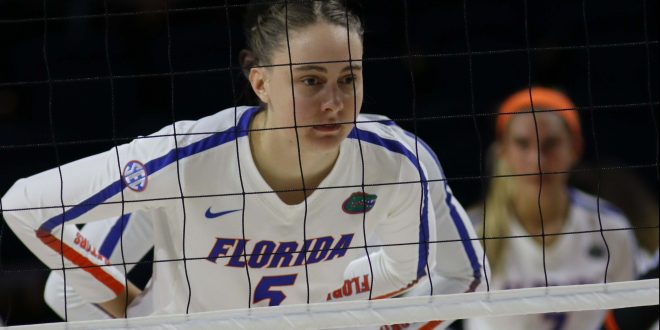 After hosting the Bubly Invitational last weekend in Gainesville, the No. 8 Gators volleyball team is headed out on a trip to the west coast.

Beginning on Friday, Florida will participate in the Lumberjack Invitational in Flagstaff, Arizona. The Gators will face Cal State Northridge early Friday afternoon before facing Northern Arizona later that night. Then on Saturday, Florida will take on Southern Illinois.

Mary Wise’s team will be looking to put together another strong tournament performance this weekend after going 2-1 last weekend. That included four-set wins over both Louisville and UCF, with the only loss being a four-set loss to a top-10 team in Southern California.

Freshman outside hitter Thayer Hall will look to continue her scorching hot start to her collegiate career. The former No. 1 recruit in the country has had double digit kills in all five matches so far. Additionally, she recorded 20 kills in Florida’s 3-1 win over UCF in Gainesville.

Opposite the Gators will be a trio of teams with which they don’t have a lot of familiarity. They’ve never faced Cal State Northridge nor Northern Arizona, and they’re only meeting with Southern Illinois came all the way back in 1985, a match the Gators lost in five sets.