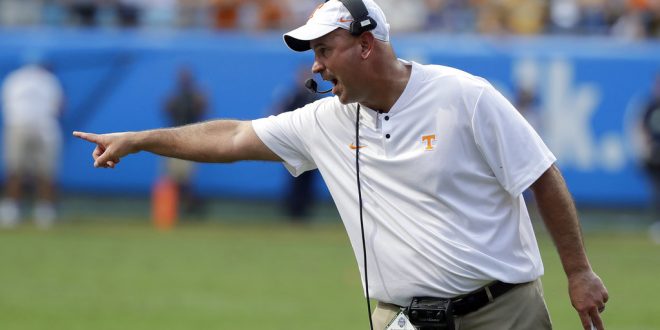 Tennessee Looks to Get into the Win Column Against ETSU

First year head coach Jeremy Pruitt will lead the charge this Saturday as the University of Tennessee will play their first home game of the season as they take on in-state rival East Tennessee State.

Last weekend the Volunteers lost their season opener to No.14 West Virginia in lowly fashion as they were blown out 40-14. East Tennessee State won their first game of the season against Mars Hill University 28-7.

The Volunteers have shown great success in recent history in their home openers as they have won 19 out of their last 20. Tennessee is looking to have a youth movement during the season as they had eight true freshman making their debut against West Virginia. The Volunteers look to bounce back on the defensive end and Coach Pruitt stressed the fact on they need to put more pressure on the opposing quarterback.

There were bright spots though in last week’s performance. At the running back position, sophomore Tim Jordan had his best performance in a Tennessee uniform. Against West Virginia he rushed for 118 yards which is his career best. His performance was highlighted that night when he had his first career touchdown in the third quarter on a four yard rush.

Head coach for ETSU, Ray Sanders, will be a familiar face for Tennessee fans. Sanders played for the Volunteers from 1984-1988. Sanders was also part of the coaching staff as the offensive coordinator when Tennessee won the BCS Championship game in 1998.

Both head coaches have some history as well. They both were on the same coaching staff under former Florida State head coach Jimbo Fisher. Pruitt and Sanders each bring experience from winning at the highest level when they coached together for FSU’S undefeated and championship run in 2013.

Kickoff for the game is Saturday at 4p.m. on the SEC Network. 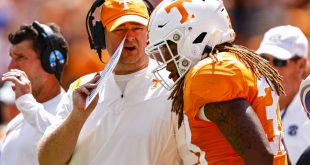 The Missouri Tigers are set to host the Tennessee Volunteers on Saturday, Oct. 2, for …