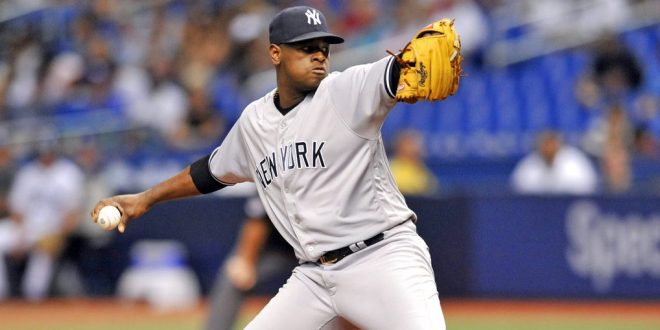 Tonight, the Oakland Athletics and New York Yankees battle it out for the AL Wild Card in Yankee Stadium. First pitch is set for 8:08 p.m.

Severino’s strength lies with his fastball. In the 2018 regular season, Severino had the highest average velocity per fastball among starting pitchers in the Majors, according to mlb.com. He averaged 97.6 mph per fastball, followed closely by the Mets’ Noah Syndergaard at 97.4 mph.

The A’s have struggled against the faster fastball pitchers this season, which was likely a key aspect of Severino getting the start.

On the mound for the Athletics is relief pitcher Liam Hendriks. This season, Hendriks has an ERA of 4.13 and a WHIP of 1.46 in 24 innings pitched. Although he’s usually coming in to pitch with the game partly done, Hendriks has experience starting games as well.

Out of 25 games this season, Hendriks started eight. In fact, the Australian began his career as a starting pitcher with the Minnesota Twins. It wasn’t until he joined the Toronto Blue Jays that he transitioned fully into a relief pitcher.

“All it means is I’m relieving in the first inning,” Hendriks said.

Hendriks says that he isn’t scared of the big stage and is ready to do his job.

Both sides are missing centerfielders, with Jacoby Ellsbury having undergone surgery on his left hip to repair his torn labrum. The A’s are missing Jake Smolinski, who had a blood clot in his left calf.

First pitch in the Bronx is set for 8:08 p.m. We will have coverage of the game right here on WRUF beginning at 7:30.