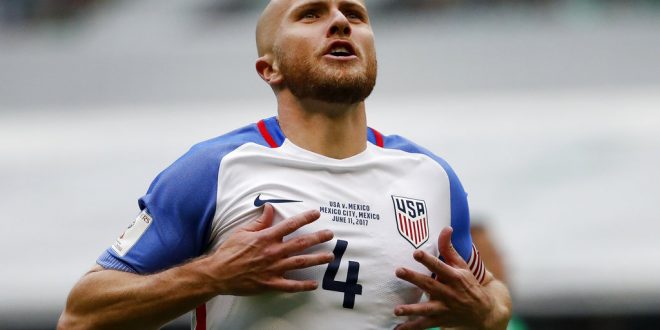 FILE - In this June 11, 2017, file photo, United States' Michael Bradley celebrates after scoring against Mexico during a World Cup soccer qualifying match in Mexico City. Midfielder Michael Bradley and goalkeeper Brad Guzan will be back with the U.S. national team for the first time since the loss at Trinidad and Tobago last October that ended the Americans' streak of seven straight World Cup appearances. (AP Photo/Eduardo Verdugo, File)

The United States soccer men’s national team (USMNT) takes on two top-25 teams in Colombia and Peru in October. To begin with, the USMNT will face Colombia on Oct. 11 in Tampa, Florida. The game is a part of the six-match Kickoff Series in preparation for 2022 FIFA World Cup qualifying.

USMNT Interim Head Coach Dave Sarachan named veterans to his 24-man squad including the next generation of talent.

Specifically, two veterans return after failing to qualify for the 2018 FIFA World Cup nearly a year ago. Toronto FC Midfielder Michael Bradley and Atlanta United goalkeeper Brad Guzan will add experience to a squad averaging 24 years and 47 days old. Bradley said it’s important to find balance in the group before the Gold Cup next summer and other meaningful games in the future.

“I think there’s a number of young guys who over this last stretch have done well and who have shown going forward that they have to be a big part of things.”- Michael Bradley

Bradley could tie joint-top goalscorer Clint Dempsey (141) at third in the all-time caps list in his next appearance. Sarachan said the plan was to eventually integrate the veterans with the prospects.

“I felt the timing was right and it’s going to be real good to have some of the veterans like Michael and Brad in the mix with this group.” – Dave Sarachan

Despite the young squad, the eighth and ninth friendlies of the year will be without Christian Pulisic, Weston McKennie and Tyler Adams due to injuries. Therefore, Marky Delgado and Fafa Picault have joined the team.

Additionally, three newcomers may make their debut this month. Namely, Jonathan Amon, Reggie Cannon and Ben Sweat all join the team for the first time. Amon is a left winger playing for Danish Superliga club Nordsjælland. Cannon and Sweat are both fullbacks playing in Major League Soccer.

Los Cafeteros called up a strong squad for their October camp. Names such as James Rodriguez, Juan Cuadrado and captain Radamel Falcao will all be available under Interim Manager Arturo Reyes. Colombia recalled 12 players from their World Cup squad. However, names like Yerry Mina, Johan Mojica and Jefferson Lerma were left off the roster.

Los Cafeteros lost 4-3 in penalties versus England in a Round of 16 match during the World Cup. Sarachan said Colombia would be a good challenge because the team is talented, strong, technical, fast and experienced. Colombia is unbeaten versus the USMNT since March 9, 2005, when Pat Noonan, Chad Marshall and Clint Mathis scored in a 3-0 win.

The USMNT will travel to East Hartford, Connecticut to take on Peru on Oct. 16. 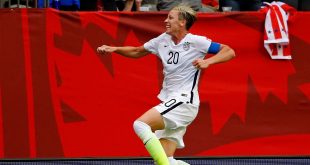