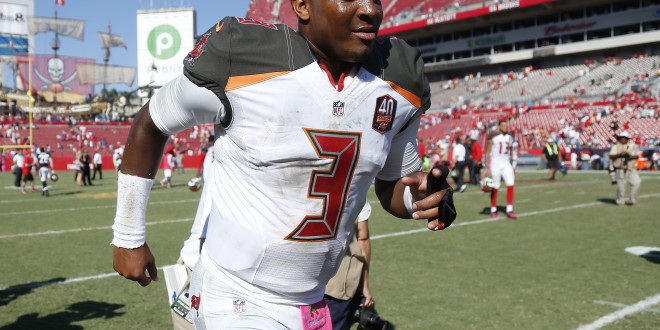 The Tampa Bay Buccaneers (2-2) battle it out against the Atlanta Falcons (1-4) in an NFC South Sunday matchup.

For the past couple of weeks, there have been many rumblings on who will be the starting quarterback for Tampa Bay – Jameis Winston or Ryan Fitzpatrick. Fitzpatrick started the first four games of the season due to Winston being out for a suspension. It looks like Winston will get the start against Atlanta. This will be his first start of the year.

Winston didn’t do so hot last week against the Chicago Bears. In the 48-10 loss, Winston threw 16 of 20 for 145 yards, one touchdown and two interceptions.

For the first five weeks of the season, the Bucs have had the fourth-best run defense in the NFL. However, their defense has to step it up because they are the worst team against the pass. Tampa Bay is No. 1 in passing yards per game, No. 30 in rushing yards, and No. 2 in total yards per game.

A storied showdown with a divisional feathered foe looms on the horizon.#GoBucs pic.twitter.com/tC3FShNlti

The Atlanta Falcons are in the hot seat and in desperate need of a win. Coming off a three-game losing streak, the Falcons need to have a strong game plan coming into this matchup. Being No. 4 in the NFC South and ranked one spot under Tampa Bay makes this game a must win for them.

The Falcons should be getting players back on the field from injuries like Grady Jarret. Atlanta needs Jarret back for the pass rush to have any chance against the Buccaneers offensive line. The Falcons are No. 8 in passing yards, No. 26 in rushing yards, and No. 11 in total yards per game.

Tune in Sunday for this NFC South Showdown.