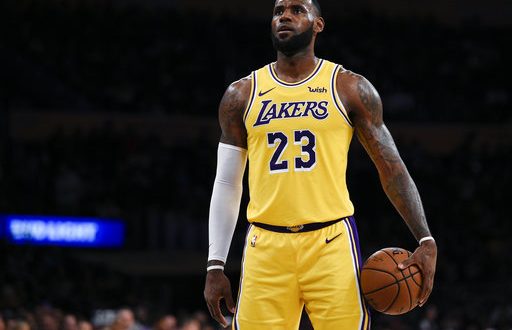 The start of a new NBA season typically brings speculation and plenty of questions waiting to be answered. The 2018-2019 season is no exception. With Lebron James’ cross-country move to the Lakers, the return of Gordon Hayward and plenty of coaching changes, the scenarios are endless.

LeBron has joined Lonzo Ball and company in L.A. with an interesting challenge on his hands. The Lakers finished 35-47 last season, missing the postseason.

Meanwhile, LeBron looks to make his ninth consecutive NBA Finals appearance. The Lakers roster is filled with youth. But Lebron isn’t alone, with veterans Michael Beasley and Lance Stephenson alongside him. If Lebron conducts business as usual on the court, the Lakers have a real opportunity to excel in the postseason.

Is the Eastern conference changing?

While the Golden State Warriors sit atop ESPN’s latest power index, the Eastern conference dominates the top five. The Celtics, Raptors and 76ers are among the biggest threats in the East.

The return of Gordon Hayward only enhances the Celtics’ starting five. After spending last year healing a fractured tibia and dislocated ankle, Hayward is optimistic about his return to the court.

“Just as excited, now it counts. Definitely a little bit different, for sure a little bit anxious, little nervous for it. It’s been a year since real basketball, so looking forward to it,” Hayward said.

The Raptors have plenty of variables to test out. The departure of DeMar DeRozan brought Kawhi Leonard in exchange in free agency, and new head coach Nick Nurse in favor of Dwane Casey. With such changes, the Raptors could remain the biggest challenger to the Celtics’ dominance in the East.

Coming off of an Eastern Conference semifinals exit, the youth movement on the 76ers looks to return to the postseason. Plentiful on versatile big men in Ben Simmons and Joel Embiid, the 76ers have shooting guard Markelle Fultz starting Tuesday night’s season-opener. The first pick of the 2017 NBA Draft only played 14 games in his rookie season.

Given that they return, it’s unlikely that the Golden State Warriors will meet the Cleveland Cavaliers in the NBA Finals. But they haven’t escaped LeBron James, who they have the potential to meet earlier in the postseason. A new face in Demarcus Cousins could bode well for the defending champions — but Cousins will start the season on the sidelines, battling an achilles injury.

The NBA Season tips off tonight with the Celtics hosting the 76ers at 8 p.m. EST, and the Oklahoma City Thunder visiting the Golden State Warriors at 10:30 p.m. EST.