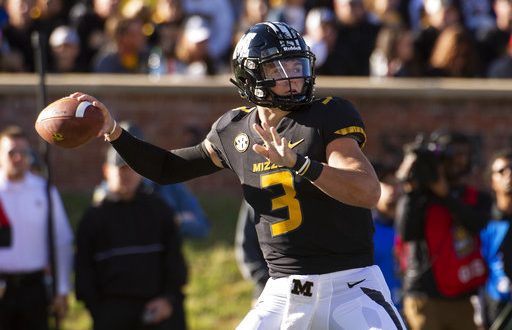 Missouri vs. Kentucky: The Battle of Generic Mascots

The Missouri Tigers take on the No. 12 Kentucky Wildcats Saturday at 4 p.m. in the “Battle of Generic Mascots.” Let’s look at a few storylines for the game.

No, seriously. Kentucky has been one of the most pleasant surprises in the SEC. It’s a huge credit to its running game. Perched atop the SEC East ahead of the likes of both Florida and Georgia, the Wildcats have nearly doubled their amount of passing yards with rushing yards.

Led by running back Benny Snell, UK has tallied 1,621 rushing yards. Snell has 868 of those yards on 160 carries for a whopping 5.4 yards per carry. Quarterback Terry Wilson has been just as effective, with 78 carries for 395 yards and 5.1 yards per carry. Conversely, the team has only notched 891 passing yards. In last week’s 14-7 win against Vanderbilt, Wilson went 3 for 9 with 18 yards and a TD.

Obviously, the team’s strength is clear. The running game needs to get loose for the Wildcats to really get their game moving.

Missouri possesses future NFL first-round pick in Drew Lock, yet continues to run the ball more than it passes. Last week against Memphis, it worked out, as Mizzou was able to drop 65 points on the bluegrass boys on just 29 pass attempts by Drew Lock. Lock went 23 for 29 for 350 yards, four touchdowns, no interceptions and a QBR of 98.8.

But against an SEC defense, the playcalling folded. Two weeks ago against the Alabama Crimson Tide, Lock only threw the ball 26 times as opposed to 35 carries by the Missouri backfield.

Head coach Barry Odom employs a three-back system and said egos had to put aside for it to work.

It should be considered that the Crimson Tide are far and away the best team in the country, but Lock should be getting more than 26 passes per game. Furthermore, Lock looks to be a top-10 pick in next year’s NFL Draft. Missouri rushed for only 70 yards.

If Missouri wants to pull off the win, it needs Drew Lock to make Swiss cheese out of the UK secondary.

Chris O'Brien is a rising sophomore at the University of Florida. He aspires to be an on-air sports anchor someday.
Previous Gainesville Hurricanes Travel to South Lake Friday Night
Next Auburn Enters Bye Week With Tough Schedule Ahead

For the first time since 1965, the Kentucky Wildcats and the Tennessee Volunteers are ranked …