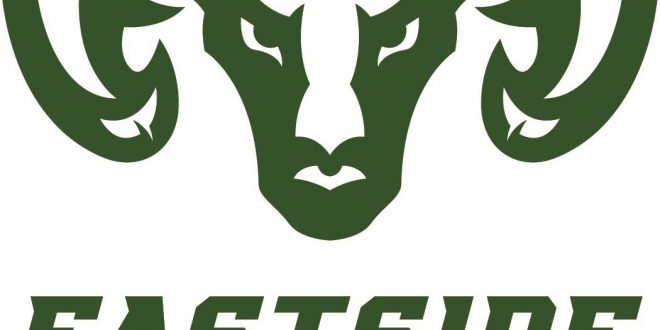 It’s playoff time for high school football teams, and coach Cederrick Daniels is optimistic about his 7-3 Eastside Rams despite their self-inflicted woes last week in a 42-13 loss to rival Gainesville.

The Rams will travel to Brooksville to take on the Nature Coast Tech Sharks in the Florida High School Athletic Association Class 5A regional quarterfinal state playoff game Friday. The Sharks have just one loss on the season and have scored at least 30 points in all but one of their games this season.

Looking past the struggles

The Rams gave up 23 points in the first half of last week’s regular-season finale.  And they were only able to account for one touchdown before the halftime break.

The biggest of their struggles, though, came from their inability to protect the ball once the rain started.

Daniels feels that the game was one his team could have won if not for the mistakes, and they’ll look to be much more sound on the offensive side when they take on the 9-1 Sharks.

Though it wasn’t the end to the regular season that the Rams would have hoped for, Daniels believes that everything happens for a reason and is confident in his team’s ability to refocus.

The Hurricanes’ defense did a good job of containing Rams quarterback and UF commit Anthony Richardson last week, but he likely won’t stay quiet for another game.

The 6-foot-4, 209-pounder has headlined the Rams’ offense all season with a career-high 1,415 passing yards (904 rushing yards) and 15 touchdowns (five interceptions).

Richardson, a junior, has the skill set of being able to toss the ball to a bevy of receivers and also contribute significantly to the ground attack. And it’ll be a focal point to propel the Rams to success on Friday.

Meanwhile, Nature Coast Tech’s main threat will come in running back Michael Weston, who has been a nightmare for opposing run defenses who have to account for his blue and gold jersey at all times.

Weston is one of many star running backs to come through Nature Coast Tech, including current San Francisco 49er Matt Breida, and he has carried the legacy by compiling 2,007 rushing yards on 8.1 yards per carry during his senior campaign.

He’s been one of the top running backs in 5A football all season, and will test a Rams defense that has given up 76 points in its last three contests.

Still, Daniels has been pleased with his Rams’ performance this season and has preached that their losses mean very little ahead of this playoff matchup.

Eastside will kickoff at 7:30 p.m. against a Sharks team that hasn’t lost a game since its season opener against Ridgeview on Aug. 24.

Previous Class 2A Playoffs: Oak Hall and St. Francis hit the gridiron for the Regional Quarterfinal
Next Class 4A Local High School Football Teams in Playoffs