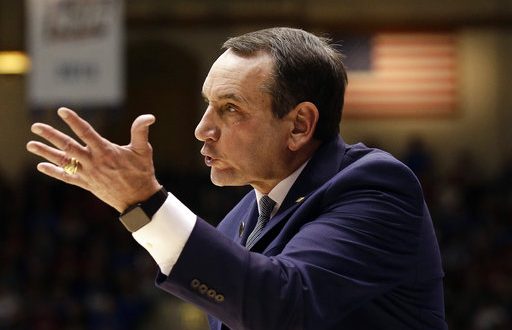 Are expectations too high for Duke?

“Let’s get real about this whole thing.”

Duke basketball coach Mike Krzyzewski is slowing down everyone’s expectations of his basketball team. Lately, the Blue Devils haven’t performed up to a standard the fans are searching for.

After a drubbing of Kentucky preceded easy wins over Army and Eastern Michigan, Duke ran into some trouble in the Maui Jim Maui Invitational in Hawaii.

It opened the tournament with an easy win over San Diego State but looked human the next contest against Auburn. The Blue Devils only won 78-72.

But then, it happened. No, no one got injured, and Krzyzewski still has his job. But the Gonzaga Bulldogs exposed the “impenetrable” Blue Devils offense. The score was close, 89-87, but the team utterly imploded down the stretch in the tournament finale.

Krzyzewski sounded off on fans following backlash after the loss.

The legendary coach raises a good point about the pressures and learning curve that college basketball brings.

Where does Duke go from here?

That’s a great question. Yes, Duke dusted Indiana in its next game, 90-69. But Krzyzewski admitted that the team is still feeling ill effects from its loss in Hawaii.

Luckily, the Blue Devils’ schedule gets significantly easier. The next four games feature them matched up against Stetson, Hartford, Yale and Princeton – all at home. Those teams don’t exactly ring as traditional powerhouses, to say the least.

So, let’s loop back around to the original question: Are expectations too high for this team?

There are two schools of thought to find an answer to such a question. On one hand, this team has three of the top recruits in the entire 2018 class in Barrett, pseudo-forward Zion Williamson and guard Cam Reddish.

Realistically though, many people unrealistically expected this team to go undefeated. Even the best teams in recent memory (the 2014-15 Kentucky Wildcats being an example) found a crooked number in the loss column. It’s a bit unreasonable to have an expectation to finish a full 40 games with zero losses.

Chris O'Brien is a rising sophomore at the University of Florida. He aspires to be an on-air sports anchor someday.
Previous Josh Donaldson Signs with the Braves
Next What’s Wrong With the Jacksonville Jaguars? A Seasonal Turnaround