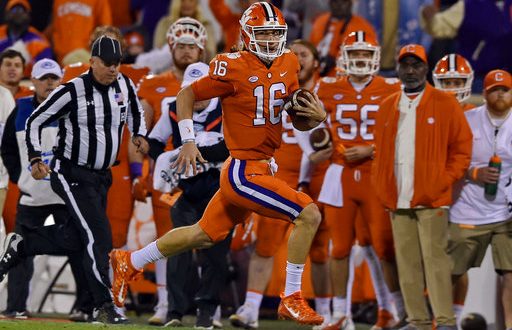 Before the play-off starts, No. 2 Clemson still has to get past one more team.

The Tigers will take on the Pitt Panthers Saturday in the ACC Championship game. Clemson is the undefeated and the clear leader going into the game against Pitt that has a 7-5 overall record. The Tigers have a 95.7% chance of winning the game according to ESPN Power Index.

This game will be Clemson’s 4th straight ACC Championship and they are trying to be the 1st team to win the ACC championship four years in a row. Also, if they beat the Panthers they’ll be headed to their four straight College Football Playoff.

On the other hand, Pitt took a hard hit last Saturday against the Miami Hurricanes 24-3. The Panthers couldn’t get anything going on offense. QB Kenny Pickett
went 14-22 for 130 yards.

One of the bigger names on the field tomorrow is Clemson’s QB Trevor Lawrence. He’s gone 200-302 for 2,488 yards and 22 TDs. Earlier this week Pitt’s head coach Pat Narduzzi sung Lawrence praises and said he believes the freshmen QB will eventually go in the first round of the NFL Draft.

Travis Etienne is leading the rushing game for the Tigers with 164 carries for 1307 yards and 19 TDs. In the receiving corps, Tee Higgins leads the team with 49 receptions for 766 yards and 8 TD’s.

Clemson and Pitt will face off in the ACC Championship at Bank of American Stadium in Charlotte, North Carolina on December 1 at 8pm on ABC.