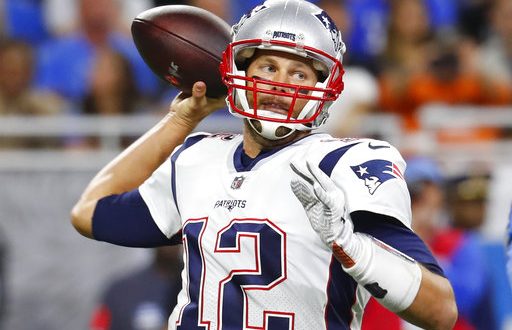 The Minnesota Vikings are looking to make the playoffs again this season, but they will visit a daunting Patriots team on Sunday.

Minnesota currently sits in fifth place in the NFC Conference, good for a wild card playoff birth. The Patriots are 8-3 and a perfect 5-0 at home.

Both teams are performing similarly so far this season. New England has much more success running the ball than Minnesota.

They feature former Georgia running back Sony Michel as well as the former Wisconsin Badger (and St. Thomas Aquinas alum) James White. The Vikings starting running back, Dalvin Cook, has returned to the field and looks to make an impact. He is underwhelming fans and media up to this point although he is coming off a season ending injury.

The two big dogs present and accounted for – Brady and Gronk. No sign of Trey Flowers are start of practice. He has not been on injury report #patriots pic.twitter.com/v4KP3duvSh

The Football Power Index gives the Patriots a 67% chance of winning in Foxborough on Sunday.

Last week the Vikings took down their division rival Green Bay in prime time, almost ending any hope the Packers have for a playoff birth.

The Patriots defensive backs have their work cut out for them. They will face one of the NFL’s most lethal passing attacks in the Cousins-Diggs-Thielen trio. Adam Thielen has shocked the league with his record breaking production thus far this season. Production like this has not been seen since Calvin “Megatron” Johnson’s record breaking year.

The Patriots have a very clear path to the playoffs. No one in their division poses a real threat at this point in the season.

Currently, they sit in the second seed in the AFC. They look to catch up to red hot Andy Reid and Kansas City. The Chiefs hold first place in the conference by one game.

New England is a sure bet to make the playoffs. Currently they are probably most concerned with seeding. As the other teams competing for a round one bye in the AFC also sit at three losses a piece.