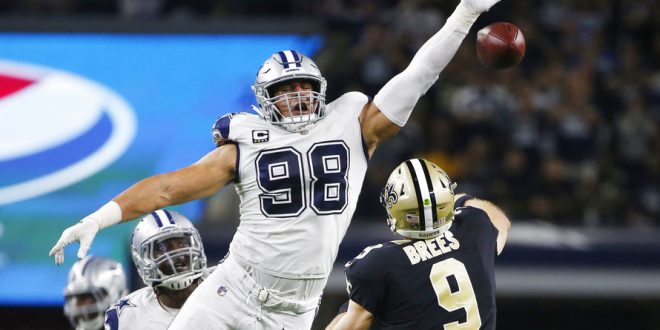 On Thursday, the Dallas Cowboys hosted the New Orleans Saints for the first Week 13 game of the NFL season.

New Orleans went into Dallas as the hottest team in the NFL after putting together a 10-game winning streak. The Cowboys were 3-4 to start their 2018 season, but had gone 3-1 since acquiring wideout Amari Cooper.

Behind a solid defensive outing, Dallas beat New Orleans 13-10 to improve their record to 7-5.

All Dallas in the First Half

The Cowboys’ defense, led by DeMarcus Lawrence and Jaylon Smith, came into the game allowing 20 points per game. Thursday was the biggest test for the unit due to New Orleans’ high-powered offense and their ability to both run and pass the ball effectively.

The first two quarters showed that the Cowboys were ready for the challenge.

For the first time all season, the New Orleans Saints did not score any points in a half of play. Quarterback Brees was just 7 of 13 in his pass attempts and completed one throw to Michael Thomas, who leads the team in receiving yards.

Even with their struggles offensively, the Saints were in a position to score a touchdown in the second quarter. After a fumble by Cooper, New Orleans drove down to Dallas’ one-yard line. The Cowboys were able to stall their drive and force a turnover on downs.

Brees talked about his team’s inability to execute their gameplan consistently:

“I felt like we had some opportunities to connect on some pass plays early and we didn’t,” Brees said. “For us, as an offense, we think complimentary football. Let’s put together a drive, let’s keep our defense off the field, let’s control the game, control the clock, control the ball. Just never felt like we did that as an offense like we’ve done this year.”

The #DallasCowboys defense held New Orleans offense to 59 total yds in the first half, the fewest total net yards the Saints have produced in a half since '02. pic.twitter.com/0TU1Sy2gEf

Dallas quarterback Dak Prescott powered his team’s offense with 194 passing yards and one touchdown pass. The third-year starter connected with rookie wide receiver Michael Gallup on the first drive for a 40-yard gain to set the tone early in the game. Overall, the Cowboys had 223 total yards as a team in the first half and put up 13 points.

The Saints responded both offensively and defensively in the third quarter.

The Cowboys were ineffective offensively in their only drive of the third quarter. The team did convert a first down on the drive, but a sack on Prescott pushed them back 9 yards. After not converting a third-and-19, Dallas punted the ball back to the Saints.

Although it ended with a field goal, New Orleans’ first drive out the gate was ten plays for 60 yards. On their next possession, the Saints marched down for 88 yards, which was capped off with a touchdown throw by Brees.

In the fourth quarter, Dallas had punted the ball and lost possession on a fumble by Prescott. Although the Saints had two cracks at tying it or taking the lead, a costly interception by Brees with 2:08 left in the game ruined their chances for a comeback.

Dallas head coach Jason Garrett discussed the biggest reason as to why his team came out victorious:

“I just felt we did a really good job throughout the ball game slowing them down,” Garrett said of his defense. “We defended the run really well. They’re at their best when they’re balanced. I thought we did a good job getting around the quarterback.”

What’s next for each team 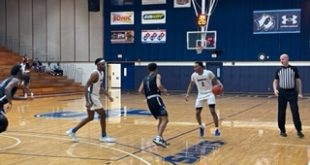