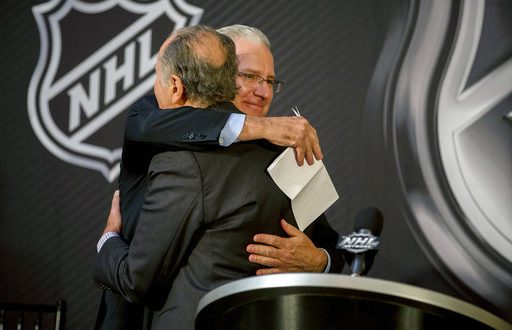 The NHL is officially digging roots in Seattle. After a unanimous vote by the board of governors, the 32nd team will take the ice in the 2021-2022 season with a $650 million entry fee.

Welcome to the Pacific

The newest addition to the NHL will find its place in the Pacific Division. To create a spot in the division for Seattle, the Arizona Coyotes will be moving to the Central Division in the 2021-2022 season.

Seattle’s home arena will be the KeyArena, which will be undergoing $800 million of renovations over the next two years. This arena is currently used in the WNBA by the Seattle Storm.

A name has not yet been announced for the team. However, there are some possibilities on the table. According to ESPN’s Emily Kaplan, the ownership group has applied to for domains with the following 13 names following “Seattle”:

As for colors and logos, all is still in early creative processes and have not yet been announced. However, they do have a Twitter account: @NHLSeattle_.

The organization will be follow the same rules regarding the expansion draft as the Vegas Golden Knights. This certainly seems like a positive for Seattle, as Vegas saw quick success with their organization. However, keep in mind that the Golden Knights are not required to expose any of their players to Seattle’s expansion draft. This was part of the negotiations in their entrance to the NHL.

The new team will provide a winter sport for Seattle fans. Although Seattle sports are busy in the summer and fall seasons with the Mariners and Seahawks, winter posed a rather empty space in the sports market. With no NBA team since the departure of the SuperSonics in 2008, this NHL addition could fill a void in the cold months for Seattle sports fans.

Born and raised at the ballpark! Typically quiet- until it comes to sports. I'm a South Florida native with a passion for baseball nearly as strong as my faith. Grew up in garnet + gold, turned out sporting orange + blue. Likely to be found with a camera. And yes, I take food pictures.
@victoriarossman
Previous Long-Term Yankee Robinson Cano Joins the Mets
Next Rockets Continue to Struggle