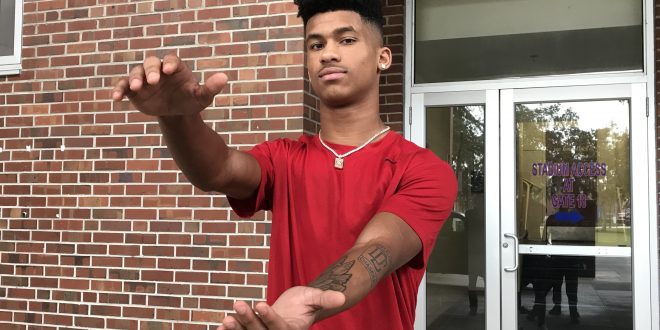 Gator football had their hands full with 14 prospects on campus this past official visit weekend. Five of the recruits that were in town are uncommitted. Offensive guard, Dontae Lucas, was the only recruit verbally committed to another school (FSU). Florida even had a few guys in town unofficially visiting. Needless to say, with early signing day right around the corner (December 19th) the Gators really needed to make a good impression on the early signees. Currently, with 18 verbal commits for the 2019 class, the Gators recruiting class is ranked 20th according to 247 sports.

Tyron Hopper expressed after his visit that getting to bond with the Gator players was something he really enjoyed because he normally doesn’t get to interact with them too much when he comes to visit. He also said that it was his moms first trip to UF and that she really enjoyed meeting all the coaches.

Hopper is a Gator commit and he believes most of the other recruits there over the weekend will sign with Florida. He’s planing to sign on December 19th.

Gator Commit, Ethan White, said he really enjoyed hanging out with the large group of recruits during his visit and that getting to hang out with the Gator players was the highlight of his visit.

My son and I would like to extend a special thank you to @CoachDanMullen and his INCREDIBLE staff. Our Official Visit was one to remember 🐊🐊🐊🐊🐊🐊 🐊🐊🐊@ethanwhite79@leewdavis17 @CoachHevesy @DavidBowenUF @GatorsFB pic.twitter.com/aSWrPuHeaC

During his visit, White says he was trying to get FSU commit, Dontae Lucas, on board and thinks Florida has a good chance of getting him.

White should be signing on the December 19th.

Gators commit Ja’markis Weston, said that he really enjoyed how the Gator players already treat him like a teammate. Earlier in the season, Gator QB Feleipe Franks said that something he likes about his team is how inclusive they are and how they treat the new guys just like they would the seniors. 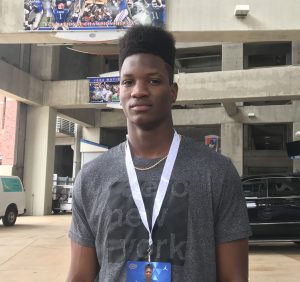 Weston explained how during his official visit he tried to convince some of the other recruits how fun it would be to play for Florida.

Weston says he’ll be signing on Dec. 19th, but he will not be enrolling early.

Marcus Banks expressed that he had a great time getting to talk to the coaches during his visit.

Banks is uncommitted and Mullen really emphasized how beneficial it is to go to a school with good academics like UF. Gator safety, Donovan Stiner, who is also from Texas was Banks host during his visit.

He says that his Florida official visit really raised his odds of becoming a Gator.

Banks will be signing on the 19th, but won’t be enrolling early. In college, he wants to study criminal justice.

Wardrick Wilson is a Gator commit and he said his official visit to Florida was superb.

Wilson wants to study international business and hopes to have, “… a really successful life up here.” He explained that he’s committed a 1010% and rated his visit 10/10.

He plans on signing and enrolling early.