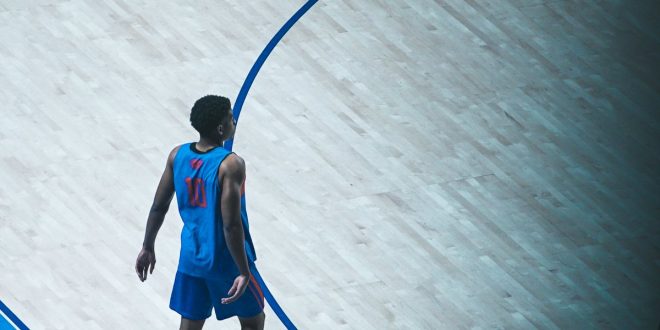 The Florida Gators’ strong defense led them to a 71-63 victory over the Mercer Bears. Noah Locke led the team with 18 points, while Andrew Nembhard added 10 points, seven assists and four rebounds. Ross Cummings continued his fantastic play this season by putting up 18 points, three rebounds and three assists.

Without second-leading scorer Deaundrae Ballard, the Gators needed to find someone to shoulder a bulk of the scoring load. Noah Locke stepped up to the plate, finishing 6-13 from the field and 5-11 from beyond the arc. Locke continues to show why his teammates and coaches have been vocal about him being the best shooter on the team.

On top of his effectiveness shooting the basketball, Locke brings numerous positive attributes to the court.

While he may look small, Locke is 6’3″, 205 pounds. He provides defensive versatility with his ability to guard three different positions and has an elite motor. Mike White has credited Locke for being one of the hardest workers on the team.

Okay, Noah! We see you! pic.twitter.com/43pmsf7DpK

As seen against Mercer, he consistently ran off ball screens and kept moving in order to get open and keep the defense on their heels. He consistently gives his teammates the opportunity to set him up simply by staying active. Locke knows his role and plays to his strengths.

These attributes are exactly why Mike White inserted Locke into the starting lineup about a month ago.

The Gators’ inability to capitalize on easy opportunities allowed Mercer to stay within striking distance throughout the game. Florida forced 12 Mercer turnovers, but produced only 11 points off turnovers. They also grabbed 11 offensive rebounds but only mustered up an inefficient five second-chance points.

Their tempo problems continued on Tuesday night with a measly two points in transition. According to Kenpom.com, the Gators rank 340th in the country in adjusted tempo. There are only 353 teams in college basketball. With a team as young and athletic as the Gators, pace should not be an issue.

The bench also failed to contribute much on both ends of the floor. The entire bench unit scored 24 points, 15 of them coming from KeVaughn Allen, who is a typical starter.

Allen continues to perform well after his rocky start to the season, posting 15 points, three rebounds and three assists. He has now scored 13 or more points in four straight games.

The Gators will head down to South Florida to compete in the Orange Bowl Classic on Saturday, December 22nd at 5:00 p.m. against Florida Gulf Coast.

Previous Gators Women’s Basketball Gives Up Late Lead, Falls to Ohio State
Next Florida prepares for Duel in the Desert