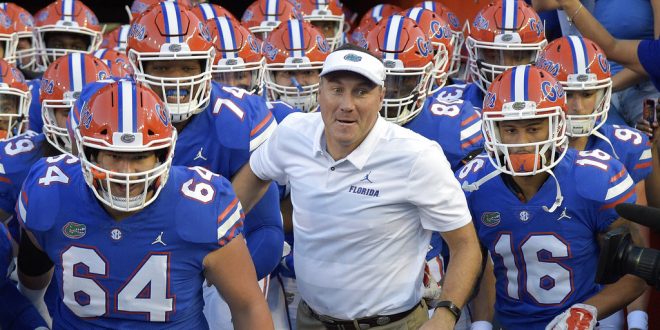 The Florida Gators have added Jon Greenard, a graduate transfer who is expected to strengthen the talent on the defense.

Greenard, who was previously playing at the University of Louisville, announced via Twitter that he would be transferring to play for the Gators.

The 6-foot-4, 263-pound linebacker did not play in the 2018 season due to a ligament injury in the wrist. But he put up some pretty impressive numbers in his two-year career at Louisville that look very promising for the Gator team he’ll soon be playing for.

In a highlight reel posted to his Twitter page, Greenard looks very versatile and quick for his size. Combined with high energy, it seems that he’ll add some needed depth to a Gators team that needs to fill in some spots on defense this offseason.

Big-time defensive lineman Jachai Polite declared the NFL draft early this offseason, leaving a hole in the defense. In the 2018 season, Polite tallied 45 tackles, 17.5 for loss. He also forced six fumbles and totaled 11 sacks on the season.

The team also lost senior Cece Jefferson, who was a key component for the Gators. The 6-foot-1, 252-pound defensive lineman totaled 77 tackles in his career a Flordia, 21 of those for a loss.

With the help of Greenard, as well as 6-foot-6 linebacker Jeremiah Moon, Florida now has a pair of players who have the chance to step up in the 2019 season in place of Polite and Jefferson.

The Gators ended the season at No. 7 in the AP poll, giving fans everywhere high expectations for success in the upcoming year.

Greenard is expected to make immediate contributions to the team and is enrolling at Florida this week.